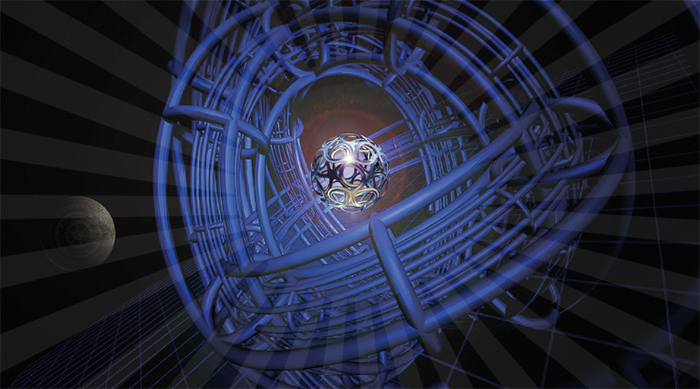 A universe is an umbrella definition of a specific type of energy grid or a matrix, and currently we seem to find ourselves enmeshed in a hostile grid.


The veins of alternative media are forever buzzin’ with speculation on origins of the matrix. A majority of these ideas are negatively oriented, i.e. humans are prisoners of a fabulously intelligent race of beings; there is no hope for escape. In contrast to this there’s the Organic Earth Template Theory (OETT) which bestows a note of positivity.
The OETT starts off with the well-known villainous reptilian race of Dracos, who go on to hijack and replace the organic earth template with a false light matrix to siphon off our energy.
Originally, Gaia created earth for souls to incarnate into the human form and experience 3D existence. This organic earth template functioned on the principle of balance and free will. Most importantly, this template was connected to source.
After the Draco invasion and manipulation, imbalanced Gaia fell extremely ill. In order to contain this infection, Earth was quarantined from other energetic grids. Gaia sent out a distress signal, which was answered by free souls who incarnated on earth to assist her.
Move forward in time to the present timeline Gaia is healing faster than ever, she now moves to throw off the false light matrix and return to source, all humans need to do is open their hearts…Now this is a good theory.
Arkamena