THE FALL OF MUSIC? 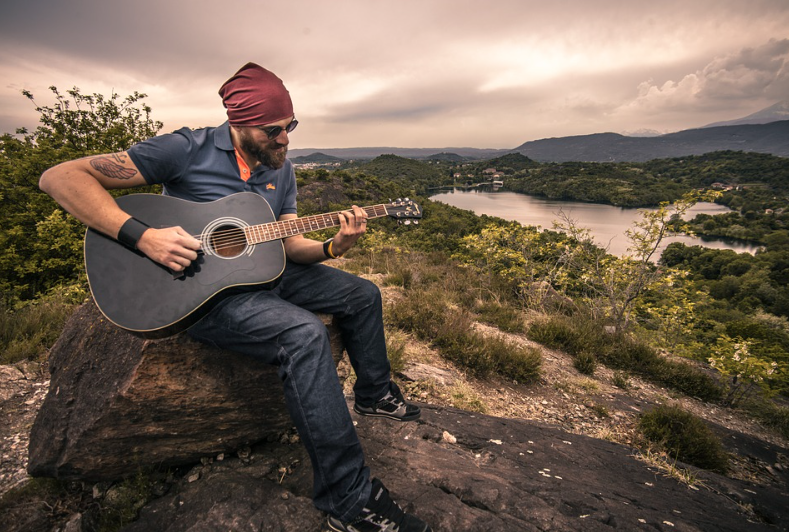 It is always said one cannot escape change and it is one of the truest statements ever made. To continue in existence, one must keep evolving states Charles Darwin. Evolution is adaptation at the end of the day and one must keep changing in order to adapt. The same applies to the state of the music industry in the last two decades. There was once a time where a musician would compose his story that was born through feeling, experience and time. There was a time when these stories captured people and helped them understand that they were not alone. That someone was singing their own life to them, or writing it in musical notation. This was the reason music became popular. Fast forwarding to the year 2016, intentions have changed. Popular culture has been defined by the likes of The Beatles, The Doors, Pink Floyd, Michael Jackson and various other greats like Elvis Presley, Whitney Houston and even Metallica. Musicians of substance with meaning and a different way of thinking. Now we have youths being brainwashed with superficial ideologies through commercial house and rather putrid and nonsensical hip-hop. ‘One of the wonders of the world is going down and no one cares, no one cares anymore’ laments Steven Wilson in the song ‘Sound Of Muzak’. It is a sad state of affairs as it is the people that make the music popular. It is a situation in which intelligent and creative music is made niche while music made with minimal skill and care is sold for millions of various currencies.

The industrial structure in music is being more heavily implied than ever before. Speaking from an Indian viewpoint, the clubbing culture has seen a sudden boom in the country in the last decade. It is the metropolitan way to socialize, network and party hard. One must understand that cities demand decorum and a way to function that has to be abided with, if one is to be accepted as a ‘normal’ person. Now clubs have provided the perfect environment to let ones hair down, connect with other people, form networks for various purposes and also find romantic companionship. These clubs exist in metropolitans for obvious reasons, one can tell with the way everything is priced. One can go on about the various influences and the ‘rich’ history from which house music comes from, but it’s commercial counterpart is the perfect soundtrack for an environment such as this. Clubs are also an environment to make loads of cash stash from bar sales and events, which has organizers, club owners and management agencies running the rat race. Due to this unfortunate boom in the concepts of networking and socializing, talent and skill seem to be a lost cause. Agreed that it provides enjoyment and entertainment to the people who seek it, but not too many are really there for the music. Shockingly enough, this is the same type of music raking in millions today. Having watched Martin Garrix trying to be intricate about his production technique on ‘Animals’ on YouTube, and having actually heard the track, there is determination in the fact that not much thought or skill goes into this music. I am daring to mention all the David Guetta trolls regarding volume levels at major festivals, Seth Troxler revealing that all these big names actually pay for headlining slots and the basic fact that a ‘Trance’ legend like Tiesto suddenly stopped playing his proper genre. The same way Jimi Hendrix and Jim Morrison were once vanguards of changing times, influencing young people to break free and think for themselves, we now have T-Pain telling us to ‘Buy U A Drank’ or Kesha explaining her oral reaction to large amounts of alcohol intake. There are now a million rappers promoting lifestyles of violence, money mindedness and woman objectifying. This statement is not in relation to those artists who speak with meaning and soul. To many influential minds, these are the idols that define ‘cool’. One does not have to elaborate much on the dependence on money in any metropolitan city. It determines status by what one can possess. What one may possess is determined by how much it costs. This further boils down to how much one earns. Stereotypes are further determined through media, which also have a heavy link to an individuals circulation of money. There is always an uncle who grumbles about how there is certain deterioration with every generation and even though I am from the present one, I might have to agree. There are obviously many positive elements, but that is a nice comfy pillow. There is a theory in media studies that suggests a structure in which people consume media. Consciously, subconsciously and unconsciously an individual will pick his movies, articles, books, websites, channels etc. only in relation to his interests. In this case, interests may limit one to the various other possibilities. The same way, people on a mass level are picking this mundane, least technical, cheesy and mindless music as the frequencies they put in their heads. There is a load of more intelligent music that is crafted ingeniously, with a more ‘real’ effect that the masses are denying themselves of. Is it simply a question of taste? Or could it also be a downgrade in intellect? It seems to me that the music marketed best wins, not the music that connects the best. Back in the day, people cared for the music they collected. Now in the day and age of free promos and mp3 downloads, there is less attention in the way a generic person would curate their music taste. The industrial structure is growing bigger and stronger in defining what the masses listen too opposing them choosing for themselves. It is hard to be aware of how much control the forces of media, industry and the government have over us. They all must exist but they all have their place.

Referring again to the concept of ‘cool’, this reduction in importance of selling recorded music has shifted the focus to live performances. Since a real electronic music would find it logistically hard to bring all the analog equipment like a band usually does, one resorts to Disc Jockey’s. 90’s onwards in India, a Disc Jockey was a hired professional designed to cater to the musical needs of a particular gathering of people. The job was to play the favorites, take requests and humor the crowd. Along with the increase in popularity of electronic music, this role has changed immensely. Dj-ing now is about sharing taste and creating experiences, stories. This could be done with originally produced music as well as music by other established and talented musicians. The change in this role however has lead to confusion in the fine line between a DJ and musician. It must be emphasized that developing a skill in joining songs by turning six knobs, volume faders, adding effects by pressing one button and hogging on about beat matching does not make one a musician. If an individual excels in the above-mentioned actions, that individual is a good DJ and not a musician. Not ignoring the increase in intelligence in the young Indian musicians and producers today, light must be shed on the increasing need for attention in every second wannabe David Guetta. There is an increase in the numbering of hopeful youths wanting the party life and what’s a better way than to be the DJ. As the producers become more intelligent and move to foreign audiences, we are being infested with a bunch of delinquents with native instrument controllers just raring to play out beatport top 100. This is extremely harmful for those in the position of consumption. Strangely, there is a strange mix of

It is easiest to criticize and compare above identifying positive factors that this modern generation is bringing. Despite the slight disintegration in the essence of music, there are many upward factors. Ease of access and information of music production and mixing technology is making it possible for more and more individuals to exercise their minds and create ideas. Due to this, many styles of music are being born and there is more scope for experimentation. Music production is science; simply indulging in such an action makes any musician more intelligent. Home grown producers such as Sandunes, Curtain Blue, Kumail, Dualist Inquiry, Jitter, BLOT, Ox7gen, and many others are showcasing a young burst of smart and quality based tunes. The Internet and many other fantastic schools have risen to the occasion, helping curious minds develop skill and technique. This is in addition to an endless load of information on hardware, various ways of working and tutorials from the best of the best. This is causing a revolution in the amounts of original music coming out of every single corner of the world. India began slowly as a good market for international artists and is now becoming a womb for local musicians of international quality. Most of these producers have been trained in instruments, which again brings a colorful variety of ideas to access.

Music is one of the purest and most powerful concepts to exist on this planet. It is the perfect amalgamation of math and physics and is known to benefit our kind neurotically and psychologically. Language and emotion have their barriers that even music breaks. Letting the rat race oriented industrial structure gain dominance in the saintly world of sound would truly be another dent. Some may not understand, but even this is a problem not far behind in intensity from war or environmental pollution. This has to do with the polluting of the mind. What is in us is what we spread around us, so there is definitely a connection in the global state of affairs and all the dirt inside us. The business aspect of music is much needed as it allows its members to make it a rightful way of life. It helps musicians reach out to their crowds. There is however, no reason to segment audiences, cultivate images and sell these images. We must strive to bring back the days where all this would happen on its own, because the music was that god damn good.