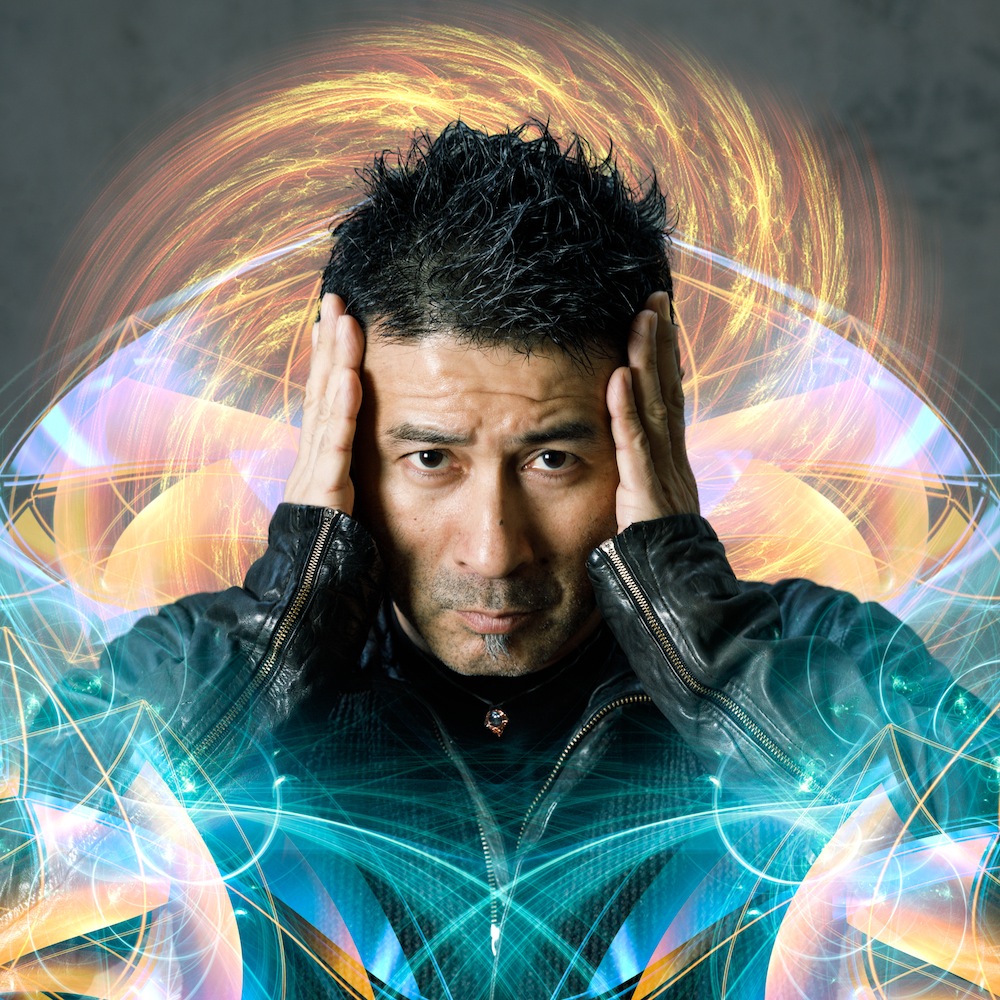 DJ Tsuyoshi is an internationally-acclaimed DJ and producer from Tokyo. At the leading edge of the psychedelic trance movement for over twenty years, Tsuyoshi continues to thrill crowds all over the world with his uniquely focused style of mixing and psychedelic music selection.

A former art department film student at Nippon University in the 1980s, Tsuyoshi’s life turned to music when he was exposed to the evocative and futuristic DJ’ing of KUDO at the club Yellow in Nishi-Azabu, Tokyo in the early 1990s. Visiting India and immersing himself in the emerging Goa sound, Tsuyoshi formed the band Taiyo (which would later become Prana) with Nick Taylor, who had also been influenced by KUDO’s music.

Tsuyoshi moved to London in 1992 to found Matsuri Productions with marketing manager John Perloff and to expand his work as a DJ. Producing popular releases on his record label while DJ’ing at the popular Return To The Source events in London, Tsuyoshi gained international popularity and was soon travelling across the globe, bringing his precisely-crafted energizing style of music to outdoor and indoor parties and festivals on every continent. Tsuyoshi’s influence extended into inspiring a collection of psychedelic clothing for the legendary Issey Miyake brand, designed by the collective Organix (who designed Matsuri’s labels), which involved Tsuyoshi DJing for fashion shows in Paris and Tokyo that featured the collection in 1997.

In 2000 he moved back to Tokyo and shifted focus to a wider range of electronic and analog musical styles with a new label, Madskippers, while also organizing the regular event Tokio Drome. He expanded from DJing into live music with his band Joujouka, which produces cross-platform electro psychedelic rock and fusion music.

In 2009, as Goa Trance started to enjoy a revival in Tokyo, Tsuyoshi re-started Matsuri Productions by rebranding as Matsuri Digital, working together with the young new DJ Yuta and other talented producers to bring the timeless Goa sound to a new generation.

As Matsuri Digital produces more releases of older tracks and newer productions, Tsuyoshi continues to be in demand as a DJ both at home in Japan and around the world. A quarter century after his exposure to electronic music, Tsuyoshi and Matsuri are still evolving and impacting the global scene.