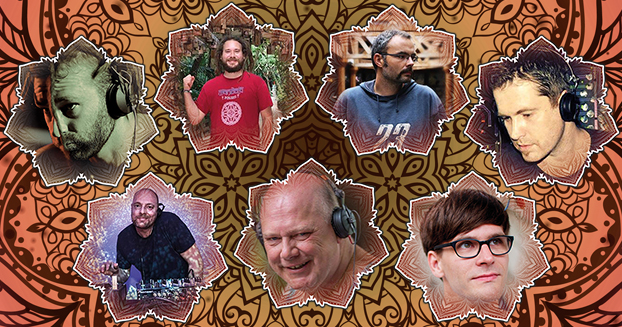 Has the Spirit of Goa given away to a simple culture of celebration and only illusion and marketing?

The question of the lost spirit is probably at least as old as the Goa scene itself. Reason enough for us from Mushroom Magazine to be investigative and to go in search for the Spirit. Has the Spirit really disappeared or must one simply look for it better in these days of commercialisation and an oversupply of parties. With these basic assumptions we turned to various artists to find out their opinions on the subject of Spirit. As expected, opinions differ widely, as is actually true with any discussion on this subject. 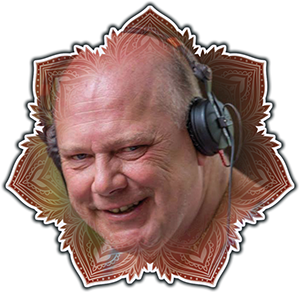 In general, the first question is what is Spirit? In conclusion, it is a form of inner energy that everyone is aware of in his own way. If you then connect this energy with that of others, there is a collective spiritual effect and this is the root of our party culture. Certainly, musicians like Vidi Vici, Blizz, Neelix and many DJs have changed the parties with their music. Because nothing is as far away from Goa trance as they are with their music. 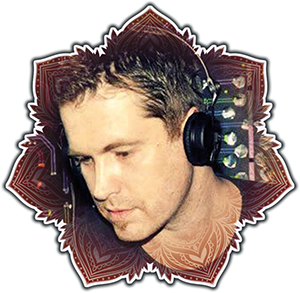 A spirit debate? Who had the idea this time? Is it summer slump again? Every person creates their own spirit, every party forms their own spirit, each generation creates its own realities. Meanwhile one must distinguish between Goa-parties and parties where Goa music is also played.
But they can still be found, the small, intimate, skull-blasting forest festivals that last until Wednesday and can change a whole life.
They just don‘t get listed on Facebook or in the mushroom anymore.


“Every person creates their own spirit
Of course, the more you add from the outside, the more atmosphere changes, but this whole debate here is led by over 30 year olds, who haven‘t felt any effects for a long time and who are surprised that party number 250 is no longer as intense as were the first 20. These are often people who don‘t go dancing anymore.
You know what we used to do with people‘s opinions on parties who were over 30? Right, we‘ve never registered them. They just stand there and complain that it isn‘t like it used to be when they were young.
The youth does everything right, if old farts grumble! 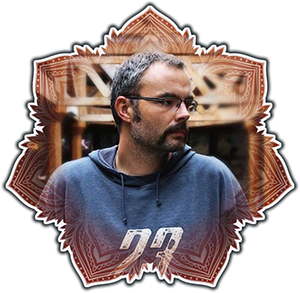 My retrospective: The term „Follow the Signs“ had another (added) value. Gathering information about the next OA was teamwork and part often the lovely game.
The mushroom „Klo-Report“ was compulsory reading and Goabase.de was called „Mama“! The car ride in a convoy to the next OA was not a necessary evil but foreplay. The police smiled at us – and 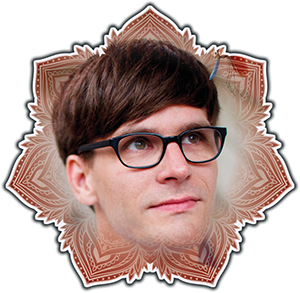 First of all I would like to find out if the lost spirit mentioned here seems lost only in the view of a certain age group? Are we talking about people who accompanied the Goa movement through the‘90s? Or are we talking about young people here? 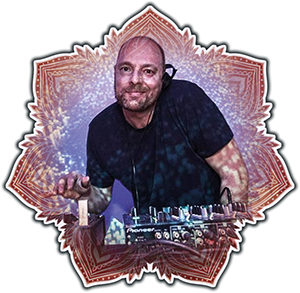 The reason I fell in love with the Psy-trance and Goa scene was not just for the spiritual, uplifting and powerful music but also the spiritual, liberal and uplifting vibe of the people that encompass the scene. A scene that seemed pure and unspoilt and really was about the honesty of the music and sharing that experience together. The sounds used in Psy-trance often evoke a very tribal feel on the dance floor – fuse that with the emotional melodies and that trance really unites everyone. Our parties and festivals are often a utopian escape from the often cold, commercially money driven world we live in, where there seems to be so much despair and disdain currently. Psy-trance and Goa parties counter this for me with hope and joy and love.
It’s undoubtedly the case that for the last decade or so; what appears to be popular ‘Psy-trance’ is actually quite far from Psychedelic and Goa Trance. Many of the online music stores Psy-Trance charts have their top tens filled with music which only contains a bassline resembling a psy-trance bassline, but the rest of the track is not psychedelic. I don’t like to knock any music, as all art is subjective – however every genre has it’s unique traits. I also 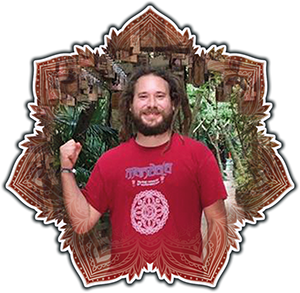 Well, first of all, what do we refer to when we talk about spirit? For sure not a supernatural being or non-physical entity like a ghost. Still it feels like a presence without a body. When we use the term “Goaspirit” we might tend to refer to this definition:
The spirit is a synonym for a particular way of thinking, feeling or behaving, especially a way that is typical of a particular group of people, an activity, a time, or a place.
Maybe it reminds us of the good old days and times. Often the term spirit is used to refer to a sort of golden past – in our case maybe even the early days when Goatrance started to take off

“Often the term spirit is used to refer to a sort of golden past
from the beaches of Goa and became a global musical and cultural phenomenon. We speak about a spirit of the age, for example the 1960s, that had a great impact on society in general and strongly influenced the Psytrance culture and might be even a continuation. When we refer to the “Goaspirit” it might be something that was influencing us, that is not physical and which can appear or might be lacking in certain moments.
So far, so good. So the big question seems to be where has that particular spirit gone? I can understand some people who claim it has vanished and that it seems absent in many events these days. Some people dwell in nostalgia, and for a fact, things are not the way it used to be – especially in Goa, India where the scene originated but that’s a different story.
Number one reason, people see a lack of spirit could be “Commercialization” of events and in musical respect. Sure it’s awkward that you find something for yourself, and now mainstream society discovers and in some respect even exploits it and brings in all its consumerism
“To some extent also our long established scene got diverse in monotony, split in it’s different subgenres.
including people you would normally avoid. It may even attract some who might not understand the fundamental values of electronic music and to whom P.L.U.R (Peace, Love, Unity, Respect) is a foreign language. But it is also a chance to reach new people and maybe change their life the way it changed yours. To some extent also our long established scene got diverse in monotony, split in it’s different subgenres and many events go only for one particular musical direction – sadly only a few festivals catch the momentum of uniting the different musical tribes and it’s followers on one dance floor.
People become more and more stubborn, closed minded, bored and too cool to dance if it comes to music. Some have lost the ability to listen to anything, that is not on their ipod or music collection. Supporting music, artists and labels especially through buying music seems to be a relict of the past. Instead of helping artists they like, many loudly bitch about stuff they dislike – giving bad music even more attention than it would deserve. Artists spend much time in
“Instead of helping artists they like, many loudly bitch about stuff they dislike
developing a topnotch production, labels pay good money for high quality mastering and paradoxically in the end of the day people listen to (or even worse play) the music on lousy mp3s. One popular but false argument is that artists make money through their gigs – well the downside of things is for many artists this doesn’t work and I have seen enough great musicians going down the drain and stopping to write music because they cannot support a family or continue to live this way – and these people sadly leave a gap which is hard to fill. On top of that there are artists with blown up egos who act like divas but rarely sell a few hundred units of music. Sure, all this might be a different topic but this is a synonym and just one of many examples of where the so-called “spirit” got lost.
But they still exist, these particular moments where magic happens on the dance floors. Time, place, age, race, and borders become irrelevant and people get lost in Trance. The more commercial things may become, the more the spirit draws others back to the underground. Maybe not only the parties have changed, maybe it’s you who has changed as well. Maybe it’s other people who have the time of their life right now. Maybe people tend to look for reasons outside when the answer has to do with themselves and their perspective on things. Some people leave the
“II found the answer for myself within the music.
scene disillusioned while others come back because they can’t live without it. Some festivals have the ability to bring lost memories back, or can be a nightmare, others can be a true revelation and some can be even considered as an evolution of what was in the past. Some people prefer smaller, more familiar events while others prefer big festival far away from home. On a global scale, in some places, the scene is booming, in others it’s on decline. Whatever the recipe may be depends on the individual and his attitude. You have to go on the quest yourself. I found the answer for myself within the music. Luckily the music from the early days is still around for those who depend on it, but in many ways it has progressed. There are still plenty of great contemporary artists and musicians out there – some still need to be discovered, so after almost 20 years it is still exciting. Let me assure you, for me, the spirit is still there, otherwise I wouldn’t do what I am doing, with all my heart, love and passion. 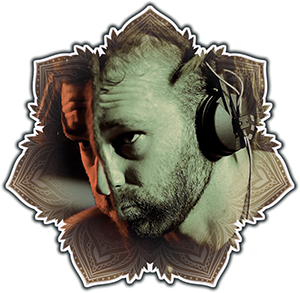 Well, I wasn’t around in the very early days therefore its hard for me to say. Its a relative perception. I found Psy Trance culture relatively recently in 2004. Even then there were some people that held the opinion that the spirit had been lost since the days of Goa Trance. But to put it simply. No, I don’t believe the spirit has actually gone anywhere. It has however become harder and harder to find as the music gradually has reached the fringe of the mainstream.