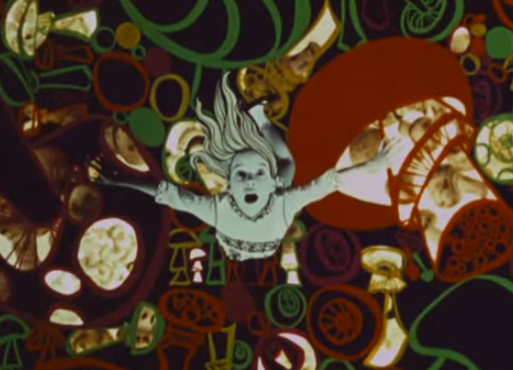 Check out this super-trippy ANTI- DRUG PSA message called “Curious Alice’,created in 1971 by the Department of Health. She has a chat with the caterpillar, where the stoned caterpillar, asks her, “How high do you want to be?”

This is the plot-line summarized for you: “This drug abuse educational film portrays an animated fantasy based upon the characters in ‘Alice in Wonderland.’ The film shows Alice as she toured a strange land where everyone had chosen to use drugs, forcing Alice to ponder whether drugs were the right choice for her. The “Mad Hatter” character represents Lysergic Acid Diethylamide (LSD), the “Dormouse” represents sleeping pills, and the “King of Hearts” represents heroin. Ultimately, Alice concluded that drug abuse is senseless.”

Unfortunately, this video is not effective in delivering its message, and makes one, wanna explore the other worlds. 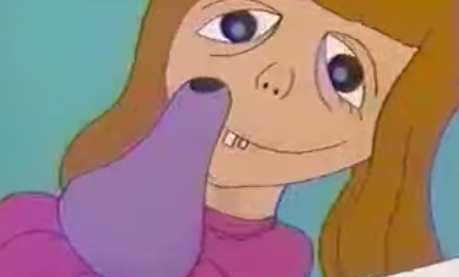 The next version of Alice, is more artsy. Created by Vince Collins, this short clip is a very cool rendition of Alice in Wonderland. When this clip came out in the 1980’s it was met with negative reaction by the public, who criticised it for promoting the exploitation of women. The standards for which a creative work could be labelled as being ‘offensive towards women’ must have been pretty tight back then, either that or the world respected women to a greater deal than it does in contemporary time…just a thought, which will prolly rile up a few minds……

In the original story, Alice falls down the tunnel, Collins’ work has given a new twist on the representation of the ‘tunnel’, which is quite novel. There are an endless ways in which the video could be decoded, for instance: Alice falling down the tunnel, (as shown in the video) could represent of sexual enslavement of women, which could be have been the intention of the creator.

The video may still be offensive to some, thus viewer discretion is advised. The soundtrack of the video, is not very pleasing, but if you mute the sounds, and watch it with your fav psytrance track playing, then it’s an enjoyable ride.