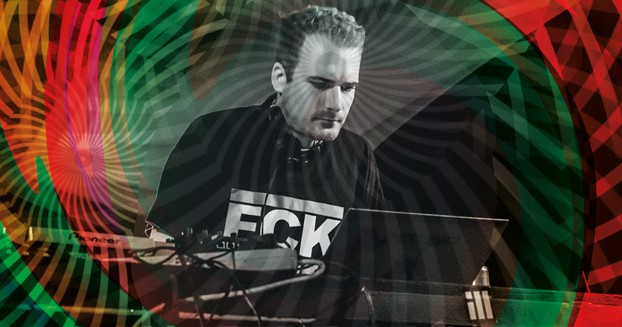 When the time comes, the time has come!

From hip hop, punk rock to techno, drum’n’bass and then infected by Psytrance and got stuck. This roughly is the beginning of Hendrik’s journey into modern Psytrance.


But it took time for him to arrive at Bombax. As so often, to the first Psy parties he was taken along by friends. He often got stuck at the Kraehenwiesen parties (Hamburg) then experienced his first VooV experience in 1999, which he thought gross. He was completely surprised by the size, shot up from 200 people to 20,000 so to speak.
Starting 2000 he became impressed by artists like GMS, later Penta, Highko, Kindzadza, Kshyyyk and so on. So in 2004 he slowly started to produce night sound and 2006 already saw his first release. Key and mentor was Vince aka Electrypnose, from whom he learned a lot. The two guys made a lot of music and always had a lot of fun with it.
The first releases were still marked by the early Timecode sound. After the first two releases, in 2006, he joined Free Radical Rec, South Africa. Through label maker Sascha, who was living in London at the time, Hendrik spent years performing in South Africa.
Two Split albums followed, first with Illegal Machines and then with Paralocks, which resulted in the project Parabax. Unfortunately, Jerry has discontinued by now. Afterwards there was another coop with Loose Connection.
Always important to me is what the music does for me
How does it work, always gigs, but no album? He is always working on his own album, but he refuses to be pressurized by himself.
Of course, there is a conflict: you need releases because of the gigs, on the other hand sometimes you have no ideas, inspiration and do not want to force it. But lucky fellow Bombax has never acquired bookings, he was always asked. Ok.
Hendrik just insists on having the freedom when to turn the music into an album. In addition, with his web design creative agency “WeWereYoung.de” he has another mainstay and is thus limited in time. Both the web agency and the first years of the project Bombax he started together with his school friend Julian Jung. Julian has developed differently music wise while Henne kept the name.
About his style he says, it’s just psychedelic and he does not like pigeonholing. His music is very mood-dependent and superficially not aimed at specific groups, but of course he absorbs influences of colleagues.
In this context it must be mentioned that he has a project with Jan / Hyperion: Crossing Lines which is relatively slow sound, roughly in the range of 138-143 BPM. The appeal for him is to interweave sounds of high-tech paired with other sounds (Full On / Prog). Everyone works completely different, working methodology, and that’s exactly what kicks him. Quite diligent, the pair have 15 tracks to date, a release on Mosaico Rec. (compilation), plus new tracks in the making. An album will be available if they are satisfied with the track selection (see above).
At that time the Bombax duo opened a Latin lexicon to find a name. Bombax = upon my soul, surprise. And that became program, the fertilization of production through different styles.
Finally, a small declaration of love is poured on the scene. Henne calls it “barrier-free” that there is no pedestal attitude, that you can get to know everyone and many people always supported him voluntarily such as Antagon, NOK, Alpha, Bjorn Naked Tourist. “Because posturing destroys a lot. It is good that there is no real glorification of artists”.
He is no friend of annoying gossip and regrets the loss of the DJs important function, as they take over sets and can steer music in various directions.
The next releases of Bombax will soon be out on Catar Rec., Namo Rec., Damaru Rec. and his regular label Kamino Rec.
In early 2018 he is back on a small tour of Australia. Bring a wombat.