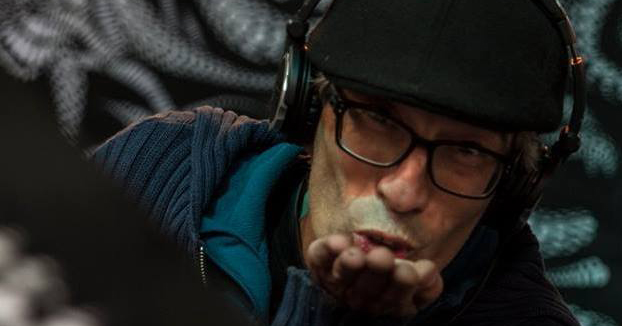 
Paulo a.k.a. Hoffman , born in Lisbon-Portugal in 1966. Started in the electronic music in 1995, first on Techno and Acid Techno Dj’ing, by the hand of Raveman Record’s, (Germany/Portugal). In 1997 started to listen to Trance Music…since then have become addicted… In the begining of 2001 collaborated on his first Portuguese Trance event, with Magma Productions. Late on that year, have collaborate on his first “big” event, a party for 4000 people with the Ayauashka Creations crew, along with Neuromotor, Hyper Frequencies, Suria, Psysex and some other’s, then during 2002 he was with the same crew on other Full-On big event’s with, Xenomorph, Manitu, Crazy Lions Cult, etc. In 2001 he was in Greece for the SolaLuna Festival his first international festival experience, and he had love it, so much that he return on the next year for the “mythical” Samotraki dance Festival in 2002. And is still a presence in most of the World Festivals Dance-Floors and Alternative Areas

Tell us a little about you and your work:
Have start to play electronic music back in 1995 on Acid Techno, and around 1998 I become more interested on the Psychedelic music world, playing first some Ambient/Chill-Out set’s in several party’s and festivals, after 2000 I start also to play some Full-On psychedelic trance for the Danish Label Virustekk Records until 2008, after that I become more interested on Dark-Progressive style and become a Label DJ for Zenon Records in 2009, recently in 2014 I have become part of the downtempo Label Altar Records, for my Ambient/down-tempo set’s.

Currently what projects are you working on? And what future plans have you chalked out for yourself?:
Well, actually I have recently become part of Altar Records Label from Canada and I plan to promote their music around Europe on all my Ambient/Chill-Out Dj sets. Along with my more know act as Dark-Progressive Dj with the Zenon Records Label.

What influenced you to get into your field?:
Humm…I’ve receive influences from artists like Front 242, Underworld, Chemical Brothers, X-Dream, Son Kite and quite some other names on the electronic music scene…

As an artist, what role do you think you play in society?:
As an artist I try to spread my energy through my music set’s and also influence the public to be more open minded trough music and love.

You obviously love what you do…but what do you love the most about your work?:
I love the chance of spreading my vibes trough my music set’s and give to ppl some musical tryps for inner thinking and for expressing feeling trough dancing.

Creating on a regular basis can be a bloody tough job, so what motivates you to press yourself into the workstation every single day?:
The pleasure on make other people happy enjoy dancing and listening to the music I play…

Everybody has to start somewhere, usually at the bottom of the ladder, either as the bus-boy or the shoe-shiner. What was the very first job you had?:
Humm… I have start working very son on my teenage, and was due to my wish of independence…I’ve started from the bottom as an apprentice for electronic repairs, back on the analogue day’s, until I have become a Telecommunications Technician that is my professional work area…;)

What is your second love? What’s the alternative career path you would have travelled if you were not on the one you are right now?:
Maybe I went to Visual and light design…;)

No man is an island’- they say, in this light, what quality do you admire the most in others?:
Humbleness…

Creativity and psychedelics work together. Do you agree? Why/Why not?:
Yes… Creativity is the mother of evolution, and it’s a very important part of all the psychedelic scene, for me the only electronic “culture” that always try to innovate and present new and different projects in order to make it evolve. No other electronic music style have this way of interact with is public.

Any work/pieces that were inspired by entheogens?:
I think that are loads of examples of psychedelic Art or Music that had some entheogenics inspiration and sure that they have an important part on my set’s…:)

Are you pro-weed culture? Why do you think the majority of the population goes against the green?:
Definitely pro-weed and pro-liberalisation…;) I think it’s time now to stop all the nonsense and wrong information about this issue and let the people decide about it…in all the World.

Any ideas to rectify this mindset?:
All the benefits that human kind can get from the use and investigation on weed is far more important than all the “myths” that involve the criminalisation of it’s use as recreational drug.

At the end of the ride, everyone’s looking for some form of success (tangible or not), what does success mean to you?:
Well…everybody like to be recognise on what they do… it’s motivating having a positive feed-back from my set’s. But I think that success is also very relative on the Music World and sometimes the wrong motivation for being on the “underground” electronic music scene…;)

We all like infinity stones.divided by purpose unity for the cause

That shit happens not only in my country 😶