Life Stories: Juno Reactor on “God is God – and if you believe that you will believe anything.” 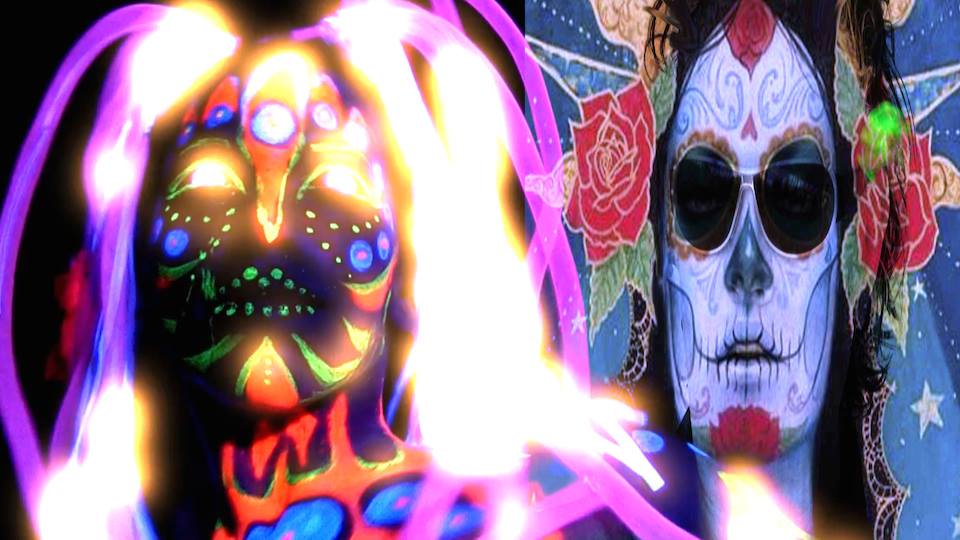 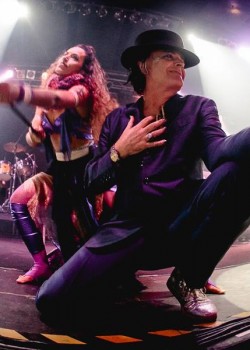 Luca: What influenced you to get into your field?

Ben: There was no field when I arrived, my grandmother was transported to the next world and left me £200 so I bought a Roland MC 202 and a drum machine in 1982, I thought great I can now get rid of the drummer who was a right asshole and the bass player who looked like Quasimodo, I heard DAF and my new mission was exploded into my head…

Luca: As an artist, what role do you think you play in society?

Ben: To some I bring a soundtrack to some peoples their lives, others open doors into a new way of seeing some of the infinite possibilities by not conforming to the rules…

Luca: Creating on a regular basis can be a bloody tough job, so what motivates you to press yourself into the workstation every single day?

Ben: I have an inbuilt desire to write music, without it there is no Oxygen in my life, to me it is not tough, it is a pleasure and amazing gift that I have been given, that I can make a living doing what I want and still love.

Luca: Do you get nervous before a performance?

Ben: I used to, and sometime i still get butterflies… I feel more relaxed performing than in many situations in regular life.

Ben: Someone who is willing to speak the Truth in any given situation. As for myself I am not sure…that is for others to comment on.

Luca: Which phase was the hardest/scariest in your life?

Ben: Being 17 years old and not know anything about myself, living in Paris busking on the streets, scary but really exciting, getting put in prison by French Police for Busking… getting beaten up for having long hair and looking like a girl to 3 body builders .. So many.

Luca: Any embarrassing/funny moments? Yes, you’d hate to disclose your secrets but we’d love to hear.

Ben: Prison Guard in Israel having a wank whilst he was our guard, embarrassing for him as we hit the door like mother fuckers as he was about to Orgasm. 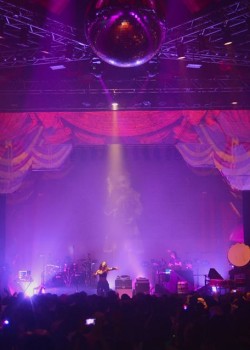 Luca: When have you been most satisfied in your life? Care to share one of your happiest memories?

Ben: I would have to say spending 6 months in LA working on the Matrix films, I was in Heaven creatively and socially.

Luca: Everyone starts somewhere, what was your first job before you got into music?

Ben: Some strange hotel in Earls Court London, as a telephone operator, I had 10 early wakeup calls to make, I got them all wrong and people missed their flights, wanted to kill me… no wonder they didn’t pay me !!!!

Luca: Flash-forward in time. You are now really old. What would you tell your children/loved ones?

Ben: We fucked your planet, killed all the fish and wild animals… have fun fucking it some more.

Luca: Into the time machine again. What do you miss about being a kid?

Ben: The french Au pair, she was divine, a goddess of love, since then I have had a strong desire to hear a french accent… I don’t speak french and I think it is better that way.

Luca: Excessive chopping dulls the axe. Time-outs are a must. What do you do when you take time off from creating? Got any hobbies? (Books? Movies? TV shows?) 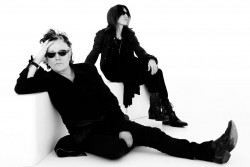 Luca: The genie comes out of the lamp and grants you one wish that will change the world. What would you wish for?

Ben: For everyone in the world to be enlightened.

Luca: How do you connect to the spiritual side of yourself?

Ben: I plug it in when needed…

Luca: Do you have any belief/beliefs that you cannot do without?

Ben: Love is the most powerful Emotion.

Luca: At the end of the ride, everyone’s looking for some form of success (tangible or not), what does success mean to you?

Ben: Success is to survive, I leant that when I worked with Dr John In New York in 1985, Dr John and the Night Tripper was one of my fav singers…

Luca: We are almost done. Give us a nutshell of you the life philosophy/motto/mantra that you clutch close to your heart.

Ben: Imagination – Use it as a weapon.

Luca: What’s the best advice you have ever received?

Ben: God is God – and if you believe that you will believe anything…