Part 2: THE HISTORY AND SOVEREIGN SCIENCE OF KRIYA YOGA 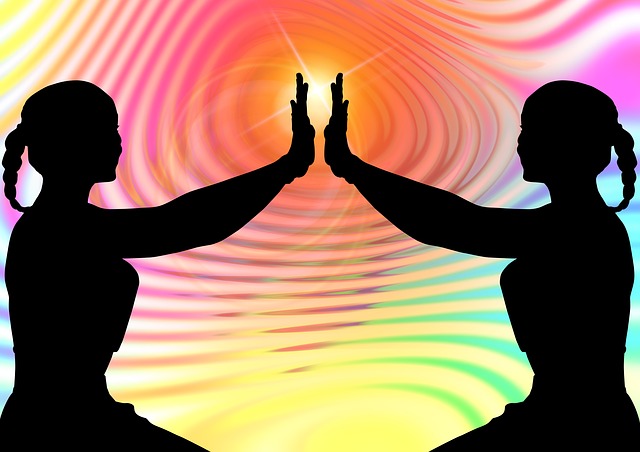 The second part of the story by John Krajewski:

To lump all drugs together is unfortunate.  There are good drugs or plant medicines or bad drugs which deplete and destroy the body.  There are enpathogins like MDMA that are useful in the psychiatric communities.  New research on mushrooms shows a beneficial prolonged change in consciousness.  Much more research is needed.

But it is easy to abuse drugs, and therefore it makes it a dangerous path that can lead to self-abuse. When you get high your boundaries collapse and your sense of judgment. I consider psychedelic drugs in a separate category they are sacraments and they should be treated as such in ancient cultures they were used for spiritual purposes only.  Today they’re very prevalent on the party scene and indiscriminate use.  Overuse tends to stretch the body’s’ ability to heal.  To larger dose can cause imbalance in the dopamine or serotonin pathways and recovery time is necessary.  Ganesh Baba had his students only use plant medicines and marijuana for spiritual purpose and practice.  I agree with this.  Ideally one could be able to use less and less of the medicine and have a greater and greater response as you master the conductivity of the breath and the ability to bring a sacred substances to the midbrain where it has its most advantageous use.  Your body mind remembers these open ecstatic states.  When doing practice, you reactivate the experience and open.  Eventually homeopathic doses or none at all to achieve the same result.

A brief description of yoga and the sheaths or bodies of our Being.

According to yoga, the human being is composed of several concentric bodies, or sheaths of energy‑ consciousness, from gross to subtle levels. 1. The physical body: the material, visible part of the human being, including the body consciousness at the cellular level which acts without any mental will of our own or even against that will; it has emerged from the Inconscient, the inverse reproduction of the Supreme Superconscient. 2. The vital body: the life nature made up of desires, sensations, feelings, passions, energies of action, will of desire, possessive and other related instincts, anger, fear, greed, lust, sorrow, joy, hatred, repulsion, pride, small likings and disliking’s, etc. 3. The mental body (manas): sense‑mind; that part which has to do with cognition, perception through the senses, the reactions of thoughts to things, the putting out of mental forces for realization of an idea; the expression of ideas as through speech. 4. The intellectual body (buddhi): reasoning‑mind; that which analyzes, synthesizes and constructs ideas from signs, indications and gathered data; mind is a subordinate power of Supermind which takes its stand in the standpoint of division, actually forgetful here of the oneness behind, though able to return to it by reillumination from the Supramental (Truth‑Consciousness). 5. The spiritual body: the eternal true being or Self of the individual; the spiritual consciousness is that in which we enter into the awareness of self, the Spirit, the Divine

In ordinary life, the current of life moves down and through the body. The body decays and falls into the ground and becomes dust  In Kriya yoga, we reverse that process by literally raising the body into the light energizing the cells and acquiring awareness of the energy body.  This process is only for a few that are moved to meditate and practice in this way.

The practice becomes a way of life, once the search for enlightenment collapses.

I would like to at this time draw attention to the three pumps in the body and how they can facilitate the energy moving into higher centers in the brain.  A side note, the brain controls many of the processes in the body such as growth, and of emotions.  It is capable of the experience of Bliss…  Therefore it makes sense that when blood and spinal fluid with nutrients are pumped into the brain for assimilation.  Great benefits can be derived. In the practice, pressure is put on some of the ductless glands. The pineal and pituitary which control growth and subtle experience.  The third eye.   That being said, let’s look a little closer at the three pumps.

First of all in the practice air enters the body through the mouth.  But literally by the focus of our attention we feel the energy entering through the pineal gland or third eye.   The energy moving down into the lower navel area.  Holding the breath filling the lower abdominal region thus putting pressure on the sexual organs. This is where the first pump comes into play.  The Anal sphincter muscles tighten and hold lifting up gently. For women a slight pressure on the clitoris with  the folded palms.  The tongue is turned back upon itself and raised at the soft palate.  This locks the energy into the body and should be completely comfortable as you become an adept in the practice.  The pressure is slightly felt to push down upon the sexual center or for men the prostate gland. This can induce a feeling of pleasure and heat. This feeling is felt to draw up as the air is exhaled gently.  It is felt to rise up the back of the spine.

The inhalation sound is a slight houwlllll as the air is inhaled. Then houwww as exhaled.  The first pump comes into play in lifting up of the anal sphincter muscles.  This feels as if energy is been being lifted into the navel area.  The solar plexus moves the energy in a lifting fashion.  It is felt to move up into the heart central area of the body where it can be felt as a feeling of warmth, emotion and well-being an expanded sense of self.  That’s the second pump in the heart center (you can feel this subtle lift when you naturally breathe in your chest rises.) in the exhale you feel a slight tension in the back as the energy is consciously drawn upward.  It is important as not to stress yourself in this movement.  It’s as natural as breathing in and breathing out.  Then comes the third pump, right behind the neck muscles which hold the cranium and the medulla in place.  In Taoism this is called the jade pillow.

These muscles are lifted, while the tongue is simultaneously pressed on the hard ridge inside of the mouth. This is said to be a pressure point that activates the pineal gland the third eye. This push pushes blood and spinal fluid up into the brain. During climax, ecstasy or joy these muscles move upward automatically.

The first area felt is the medulla oblongata.  This is the old brain and contains the pleasure centers and activates full brain rapture.  Known as the Bliss sheath in yogic lore. A slight pressure is then felt in the pituitary center.  This literally milks the gland so that it secretes various hormones that are beneficial to the body.  Hence Krya   yoga has been use since early time for physical regeneration.

Yogis would use his practice to prolong life, so they could do austerities and tapas (spiritual disciplines,).  The body is a vehicle that can be used to perceive all dimensions.  We are multi dimensional. Many of these dimensions are perceived in yogic ways and in silence.   Krya yoga facilitates that process.

The best practice to be free and silence your mind forever whether it is moving or not is simple.  DON’T BELIEVE YOUR THOUGHTS.  They will come and go and I might ad as you move on this incredible journey don’t believe any experience as well.

You are an amazing Being.

The Great Tantra of the conversion of the body Being into the Body of light occurs from the identification of the mind with the explosive force of the openness to the light.  This practice creates a new awareness.  That we are also a body of light.  In the sexual act if our focus is on the energy moving throughout the body in particular the spine and deep brain rapture. Both partners can practice this conductivity during the sexual act. It intensifies the sensual experience and allows the male to have control of the   give the woman prolonged pleasure. The male may climax several times in the pleasure center in the head.  Then the release as desired through the genitals. The woman feels greater sensation internally and is moved to the light.

We may see light especially when we release into a conscious climax. This is why sex and death are so closely related.

A Kriya technique is sitting crossed legged on each other during a psychedelic session and breathe rhythmically each other’s breath consciously. This produces the experience of the conductivity through both Beings.

This process can be cultivated through Kriya Yoga while we are in this body.  Whereby in our meditation we conduct the energy up and down the spine. Feeling and experiencing its resonance in our mid brain is a profound extacy.

KRIYA YOGA THE BODY OF LIGHT

Eventually you will know yourself in a new form that of a light body.  In the Tibetan tradition it is called rainbow body.  The energy body or a body of light is within the capacity of the human experience.  It can be crystallized by being aware of another dimension, which is beyond the mind.

The Yogi experiences a feeling of bliss, which is unifying by nature.  It can be seen as light and often felt as Joy.  And doing the practice of Kriya yoga, during the pause between breaths.  There is a cessation of thought abiding in the presence of pure Being.

We become aware of worlds beyond mind and form as we know it.  This becomes crystallized or held without any obstructions and is radiant light in all directions.  From our present point of view.  It is immortality.  This is not a concept.  It cannot be held by mind or memory.  There is nothing to identify with.  It simply is.  A halo sometimes can be seen around the body being or at the least a sense of experience of a sphere of light.  This is the Light body in the Tibetan tradition, the rainbow body.  There may be psychedelic states in which this light body is momentarily revealed to us on experiential level.  However, it is not held on to, or crystallized in this field of awareness.  The Yogi knows this through the vehicle of the conductivity of the breath., and is able with practice to crystallize the rainbow body  .  You are this body of light. This world of the duality, is but a shadow world of thought, sound and form emanating from the body of light.