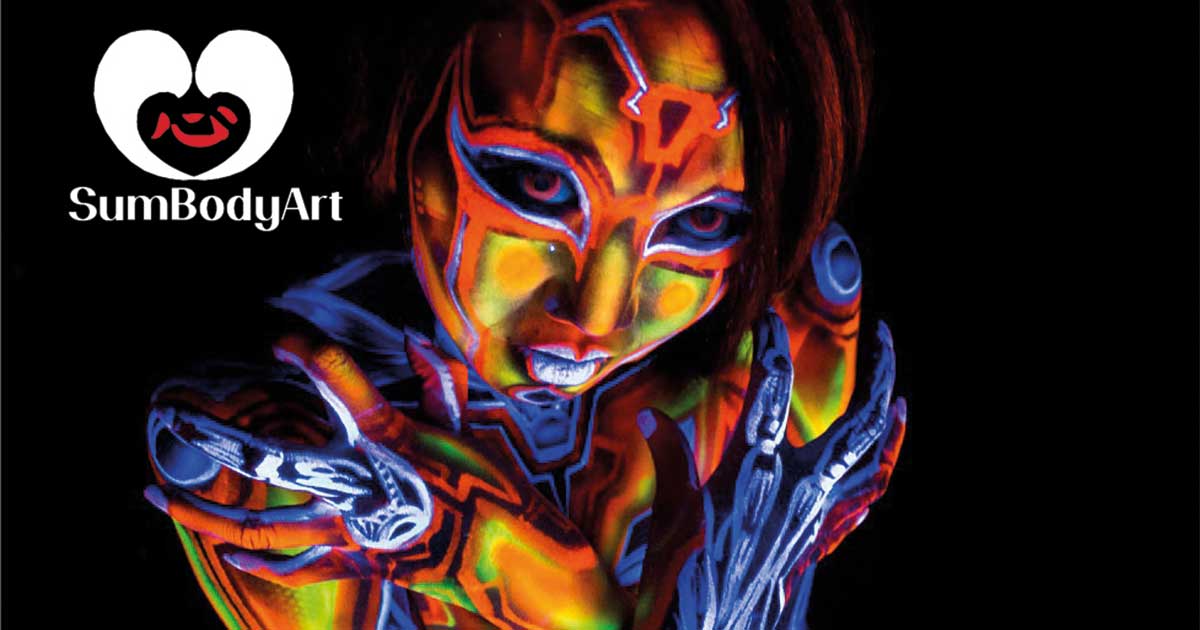 Bodypainting as a Passion and Profession: Diana was born in Hong Kong, grew up in Australia and meanwhile found a home in Hamburg/Germany. For her, bodypainting is a way of living. Her YouTube channel is just one way to spread her message of hope, love and lights.


With her projects, the bodypainting artist Wing Sum Diana Chan already entered the stages of international competitions. She touches the hearts of her spectators. For a reason: Bodypainting is her life. Whoever travels into her fascinating world of colours, will understand the love, lights, voice, soul and spirit of her creative projects. 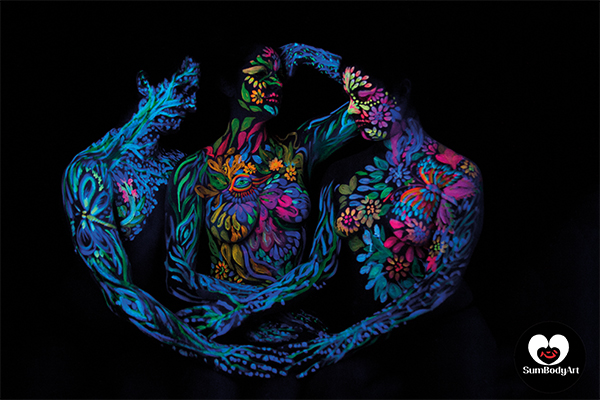 For eight years, she has now been working as a professional bodypainter. She is also an experienced graphic and costume designer, model and dancer. As a model, she has already worked for some of the world’s best bodypainting artists like Sahra Bull, Sophie Fauquet Perso (Popsie) and the King of UV Wolf Reicherter. Not the worst conditions to become the sixth best artist at the World Bodypainting Festival in Austria in the category UV this year.
Diana’s company is called SumBodyArts. Her mission: “Spreading the message of hope, love and lights through art.“ For her, bodypainting is passion, profession and a way of living.
She does live performances at festivals, exhibitions and in clubs as well as private art healing sessions. Moreover, she combines things, that she loves, in the videos on her YouTube channel „SumBodyArtLive“.


Bodypainting projects include dance and acrobatics

Among other things, her videos continue, what Diana has started with her first European Bodypainting exhibition in 2016 in Hamburg/Germany called “SumBodyArt’s Home BodyPainting“. It’s a mixture of bodypainting photography, bodypainting dance videos, live bodypainting performances and acrobatics.
For that worldwide ongoing project with the focus on the “meaning of home for all mankind“, she took her inspiration from her own homes.
Diana was born in Hong Kong, grew up in Australia and meanwhile found with her daughter Luna a home in Hamburg in Germany. “Home is, when I am in the creative Zone and I can create what’s imaginable in my mind, and make it possible in reality and sharing that experience and creation with others.“
SumBodyArt's Easy Goa Goddess Tutorial 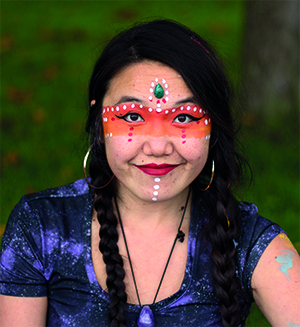 Glue 3rd eye Gem or Bindi on with Cosmetic Glue, use for example face paint „DFX’s Lobster Lau Rainbow Cake“ and paint across your eyes with a Flat One Stroke Brush.
Use a small brush, paint 3 red dots under the 3rd eye Gem, 3 red vertical dots below your eyes, and one red dot at the corner of your eyes. Paint your lips red, and nish with white dots around the 3rd eye gem, your eyes and 3 white dots below the lips.
Complete the look with jewllery and props. You can pin a pendant necklace to your hair. Try feather earrings and colourful braclets or bangles with the tribal look. Let your imagination run wild and have fun with it!
For those more adventurous, why not make your own tribal headdress to take the look to the next level?
This simple GOA Goddess was inspired by my full Tribal BodyPainting for the competition De Maskerade 2015 in the Netherlands.