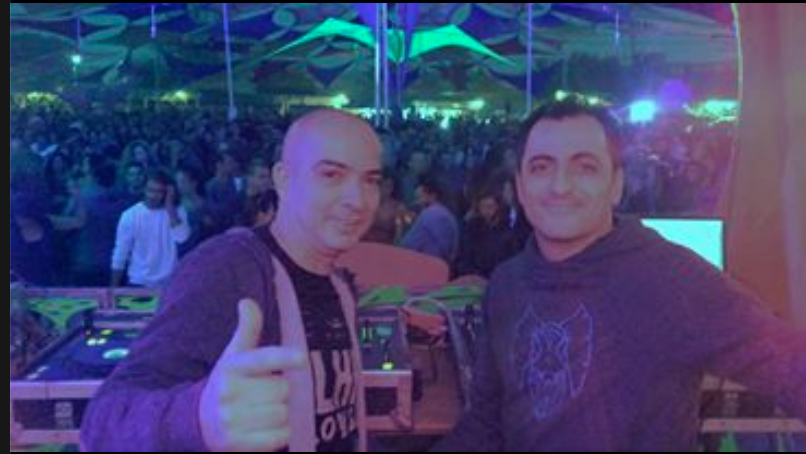 After more than 21 years of mushroom magazine we are now diving into the past with the new mushroom time machine. We will be sharing interesting articles which were published way back in time. Articles can include features with artists, cool interviews, and other fun stuff! For this episode of the mushroom time machine we have Sub6. It’s an article from mushroom magazine edition July 2004.

Sub6 is definitely one of the most unique bands in Psy-trance history. brothers Ohad & Golan Aharony are considered as top notch producers as they present an original style of Trance that can’t be categorised as Full-on or Progressive. some prefer to call it Alternative or fusion trance due the dub-reggae and 90′ music influences of the band. after releasing numerous dance floor hits like “Rahe’ya” and “7th son”, Sub6 released their debut album “Who needs love songs”(2004 Hommega records), which is marked as a milestone in Psy-trance music. the album was followed by track releases in major labels like Ministry of sound and Warner music and live gigs in top venues like Brixton Academy (London) Ageha club (Tokyo) Earthcore (Australia) and Voov (Germany). Sub6 music is always on demand by top producers and DJ’s. their original tracks were remixed by the likes of J.Viewz, Astrix, Captain Hook, Loud, Ticon, GMS and many more. the brothers are now working on their next project which is preformed mostly in 432 Hz and already intriguing their worldwide fans.

Just click on the image to read the mushroom timemaschine SUB6 article from 2004. 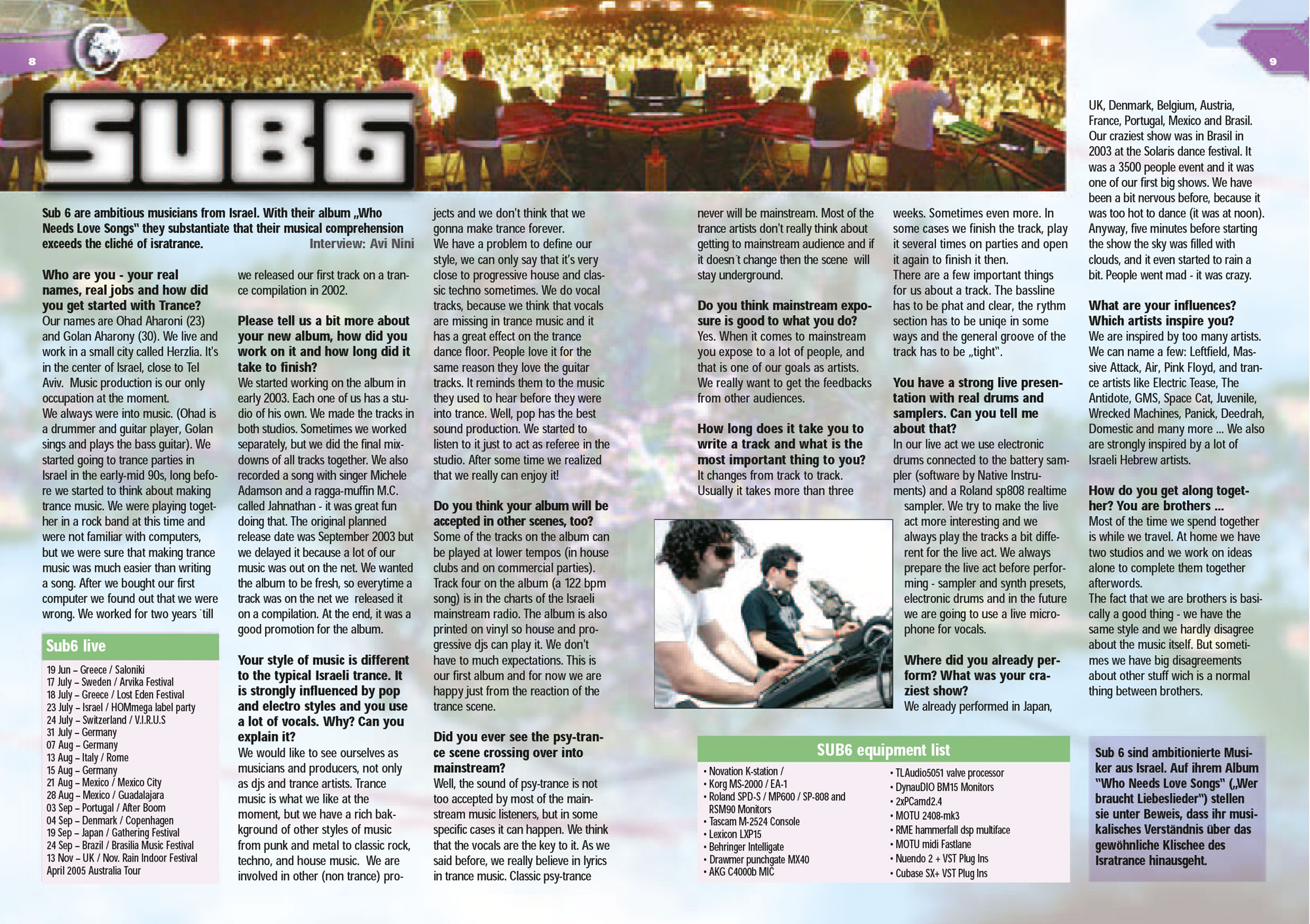 Dive into the SUB6 sound

The complete mushroom magazine with SUB6 article inside