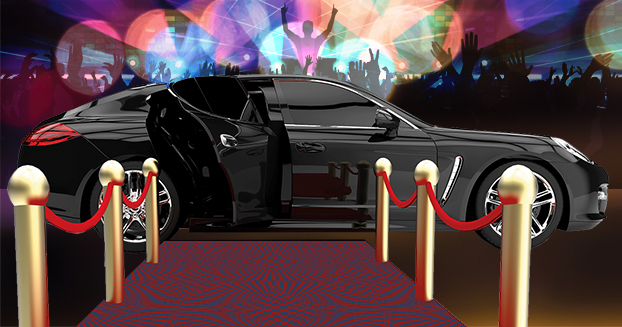 Second round for our new series of articles: An anonymous scene activist talks about the stars in the business and about what is REALLY going on behind the scenes of the Psytrance scene.
A huge advantage of the Internet is its social networks. Since we’re all online, mushroom magazine is getting a whole lot of feedback from you, our public. And this is why we are going to respond to the most frequently asked questions like ‘What you tell us about the Psy-scene is cool, but I would love to know more about what’s going behind the scenes. As you surely know some insider, could you share more exciting stories and gossip with us?!’
And this fits in very well. The desire to share some fun stories and little secrets about what’s going on the backstage is not only yours, the editorial department thinks that’s a great idea, too. That might seem easy in the first place, but it’s actually not. First of all, you have to find somebody who would speaks openly. And here we learn a first thing: The music business is a tough place. Any young DJ who would like to play a big party can tell. Those who achieve a superior status want to keep a good reputation. Saving face and a certain amount of coolness is extremely important to these kind of people. Only the champions league of dj-ing can raise their voice and be critical from now and then.
And in this upper league we managed to find a person who would talk. We can’t leak the official stage name – but instead we can tell you the actual truth. We’ll only say this much: It’s a person from the Psytrance scene, who already has done quite a number of international performances. We have a new version of a Whistle Smoker* and here we go for a new episode of the column ‘Behind The Scenes’.

Before we bring the latest gossip, I would like make one thing clear. Many people still think that hanging out backstage means always: coke and hookers en masse. Today I need to let you know, that this is actually very true.
What is going on behind the scenes, when the real superstar arrives? Well, everyone immediately realises: The big Psytrance festivals are no cute little hippie parties anymore. The music scene has become big business. And this is why one thing is no longer a secret; The dedicated local DJ plays for his fare and can put a handful of friends or crew members on a guest list. Whereas the ambitious Main Act needs at least a stay over in a 5 star hotel and –befitting his or her status– must be picked up by a limousine shuttle service right from the airport. In a top festival venue you can not just ‘arrive’, it must be the great entrance. Of course. One of the biggest fish of the Psy scene has recently made a pretty clear statement in the hotel elevator: “After the show, we’ll definitely head directly back to the hotel – with the limousine. If the party location is already not set up in a trendy city, the shuttle service of more than 100km for the artist is of course included. The only stylish hotels are found in the next larger city, so this is a must for the organisers.” Quite casually speaking, he adds: “Last time, the organiser had not even thought of making a reservation in a restaurant for me and my crew. So, although it’s way more expensive we just ordered the room service and booked it on the organiser. Its his own fault anyways, if he doesn’t think about the reservation himself. ” And who now thinks that the luxury subject can be closed, goes wrong. That was just the start …
Before the arrival in the deluxe resort and the spectacular performance at the festival location (somewhere in the middle of nowhere), the booking procedure has to be managed. The average DJs does this with one-two calls and a handfull of emails. He or she would be happy to negotiate even a few more people on the guest list. The only thing the contract is garnished with, is then most likely a personal handshake. For me and my colleagues that procedure is handled a little differently. First of all, negotiating a contract with starlets is not easy. In any case, it takes time, because the star DJ is happy to ask and check out priorly which festival on which date actually pays off the best. If an event has finally been awarded the contract, there will instantly be a charge of 20% extra money for the booker and, of course, a full payment in advance. Why so? This time, the festival organiser was new and there it’s bette to be on the safe side, regarding the cash flow. Anyways, one of the newbies in the major league of DJs said the other day, the organiser would still have been lucky that the artist has agreed to his booking as it almost would have worked out with the booking for the trance floor of this super successful EDM festival. And these kind of events would have paid al least three times more.
That makes quite a nice addition: At a fee of say from, let’s say, 3000 € + 20% = 3600 € + hotel and flight… and the celebrities clearly prefer arriving in a mini-jet than with a mini-van. But not only I fall for luxury, all the others who’ve made it (thanks to the internet) to the top of resident advisor, love it, too.
Thanks to social media, Soundcloud and Spotify, we stream music nowadays, but the need of glory and honour among DJs and producers is constantly growing – especially on an international level. Almost everyone can access music from the internet. That’s why there are now no payments in advance anymore (ouch, that kind of topic still aches still a little). But luckily the fees are now accordingly higher. Actually the party guests pay indirectly for the current releases I will present during the show. Thanks for that, you can really create a career without discs and vinyl’s today.
One cliché is certainly true: There are more and more crazy or special requests expressed in the Psy-business today than ever before. Sometimes it is not unusual that there’s already ketamine, some drinks and at least a few hot chicks on the table, when a Main Act enters the backstage. Of course, Tour Raiders are pretty cool to guarantee the entertainment behind the scenes. Since you can simply order the stuff that must necessarily be set up. But honestly, hard drugs before the gigs are almost never officially asked for. Nevertheless, last year, I said just for fun that the hotel should have 2kg of M&Ms waiting in my room when I get there. But only the red ones. And, hey, they really did!