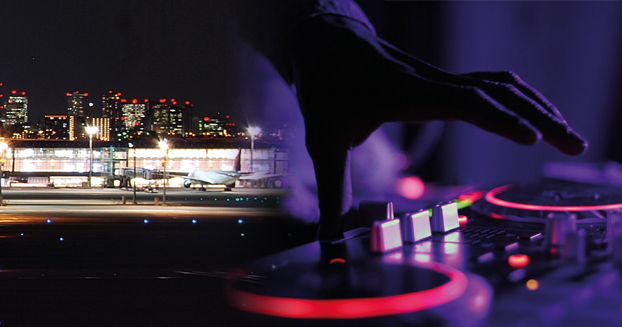 Today I want to write about a classic conflict of humanity, a conflict that affects us artists almost every weekend: The difference between theory and practice – how things should be, and how they actually are. Our contracts make pretty clear statements about this matter. Easy-peasy? At least that‘s what you think…


You wouldn‘t believe how often a promoter just doesn‘t get his shit together. This starts already with my flight ticket. The booking is usually confirmed months before the event, the contract is signed. So one would think that the organizer books a flight for me as soon as possible – it‘s way cheaper and all that. But often it‘s different. One week before the event my agency starts running after the flight ticket and makes some phone calls, and eventually the ticket arrives only days before the departure.
Of course it‘s much more expensive than it could have been. I really don‘t wanna know exactly how much money goes wasted in this way. But hey, for me it doesn‘t matter – it‘s “plus travel” in my contract anyway.
Once I arrive at the airport, I often have to wait for my pickup. Last summer two pretty worked-up looking guys with fairly big eyes showed up almost one hour late to get me to the festival.
They kept gibbering about a “wrong terminal” before some sort of argument got off and they started shouting at each other, things like “There‘s so many cops in [village name], they will pull you over and fuck you!”. The paranoid vibes in the car reached their climax when we really got pulled over by the police. Apparently the driver did something they didn‘t quite like… I almost ended up missing my gig. And then there‘s the equipment on stage. Some of you might know that the latest generation of media players is highly specific – so specific that more and more DJs hand in technical riders that state exactly which equipment they need. For instance: “2x Pioneer CDJ-2000 NXS2 + 1x Pioneer DJ-900 NXS2.” The “2” behind the model name is extremely important, because only this piece of equipment has a certain sound effect. However, once you climb on stage you often find totally different equipment. Some of us play the drama queen until they can be 100% sure that there won‘t be any other equipment. Some really can‘t perform. Just recently I witnessed how a DJ refused to play because there wasn‘t the latest firmware on the media players. I myself showed up at a gig with my USB drives just to discover a pair of old, dodgy-looking CDJ-800 players – they don‘t even support USB drives…
Of course we, the artists, aren‘t saints either when it comes to “theory and practice before, during and after a gig”. Here‘s some anecdotes. Already some years ago, a damn popular artist refused to play at a damn good festival that unfortunately had clearly not enough visitors – because he would only perform for at least 1000 people on the dance floor. During the set of a similarly popular duo one of the two guys spontaneously fainted and fell off the stage – he had hit it just a little too hard. Speaking of: Another artist was so punch-drunk already, hours before his club gig in Berlin, that he stumbled and fell into a group of people sitting. The bouncers wanted to throw him out of the club, but he kept mumbling “You can‘t kick me out – I‘m a DJ!” Incredibly, he played his set a few hours later. I would love to talk a bit more about the paying habits of organizers and how some artists started collecting equipment after the promoter of a certain festival just disappeared in face of the fact that there were just not enough visitors… but unfortunately I‘m already out out of space here!
There will be more space in the next issue, where you can enjoy a last deep insight into the world of our undercover agent with the alias DJ Whistle Smoker.
Maybe we can convince him that he will reveal himself. You can be curious.