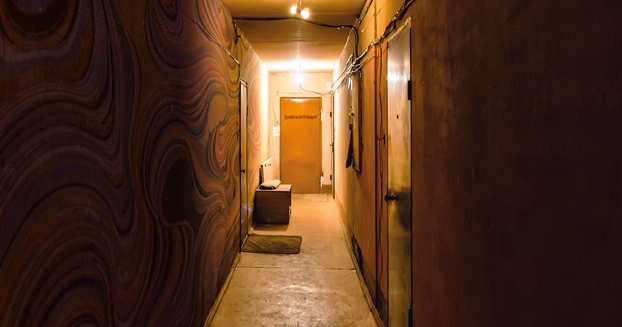 We are starting with a new series: An anonymous scene activist tells us about what’s really going on behind the scenes of the Psytrance Business.

“What you all tell about the scene is all fair enough. But talk a little bit more about what’s going on in the background. Surely you know Hinz & Kunz and can reveal some internal details for us!” We have heard comments like these more and more often in the last year.
Not only many of you, our readers, had this wish, but we in the editorial department too. The problem: First of all, you have to find someone who talks about these things frankly. Because and that’s where we come upon an often untold truth: The music business sees fights with no holds barred. Any young DJ who would like to play a big party can tell you a thing or two about it.
Whoever has attained a certain status, defends it as hell. Keeping up appearances or a certain coolness is very important. Only the established premier league can afford to become loud and critical again. And exactly from this premier league we have now found someone. Although this person does not want to reveal its actual stage name to the public – in turn that is precisely why the unvarnished truth is promised.
Only so much can be said: It is a person from the DJ and producer crowd, known to many of you from its numerous international appearances. We call this person DJ Whistle Smoker* and the new column ‘Behind The Scenes’ at its own request.
And off we go…what did I let myself in for! A pretty funny thing, I’d say. Because I really like to talk about what I experience during my tour on a daily basis. And you, as my potential fans, deserve to share one story or the other. Some things are just laughing, some shaking their heads, and sometimes you’ll just say, WTF !?
I would like to start with the topic backstage. Many still think that means coke and hookers aplenty and heads on. And although I have experienced both in connection with this world’s the backstages, I have to tell you: Far from it! First of all, I’d like to deep-six the fact that as to the optical vibe backstage is usually a damn bleak, boring place – that’s even true for the fattest, most hugely decorated festivals. It is but a pragmatic space behind the stage, surrounded by construction fences or bare concrete walls, where mountains of dust and technical equipment pile up. If you’re very, very lucky, there’s an ugly fridge in between, illuminated with bright fluorescent tubes.
Drunk empty by midnight at the latest. In this place hang the important people, the creative creators of the scene. Producers like me, DJs and organizers – and those who want to be involved with them. But you could also say: Boys and girls who have celebrated so much and long that they do not even see the dance floor. Of course, I am not entirely innocent, I am quite one of them. After almost 20 years as a DJ and producer, there, where the real party goes off, which is the dance floor I’m but a few times a year. Instead, before and after my gig I usually stand around with my colleagues backstage. In many different places we keep chatting about similar topics.
At the moment a real lot about airlines bonus programs. Here are a few quotes of my jet-setting producer colleagues from the last few weeks, maybe one from me too: “Dude, the organizer last weekend was really too stupid for this world and booked me a flight with no bonus miles! Though I am but 5,000 removed from the Senator Upgrade!” – “Heavy shit, that’s a really bad number, a no go! I now have enough points to chill out in the airport lounge – really fat WLAN!” – “Yes, the onboard WLAN on my last flight was really fat too. I do not regret that I frittered away 10,000 points on the Business Class Upgrade.” – “On my last tour I insisted on First Class. Which is totally awesome, gets you a lot of status miles for every flight.”
In addition, backstage we really dig blabbing on organizers. For example, one of those dopey wimps wasn’t able to upload the latest firmware update onto the Nexus Player – which we don’t really need, but then again, it’s clear in the Technical Rider. That the stage was too dark and the monitor too quiet; that the cursed backstage refrigerator was not only empty but not even connected, that there was a sofa at the back of the stage, with a couple of drunken idiots in it, probably not even DJs who had absolutely no right to be there anyway. In a nutshell: Stay where you are, because backstage you don’t miss shit. In other words, it’s the smoker’s corner or coffee dispenser of the music business: Essential for the survival of the business, not pretty to behold, full of important dudes and full of extremely trivial conversation topics.