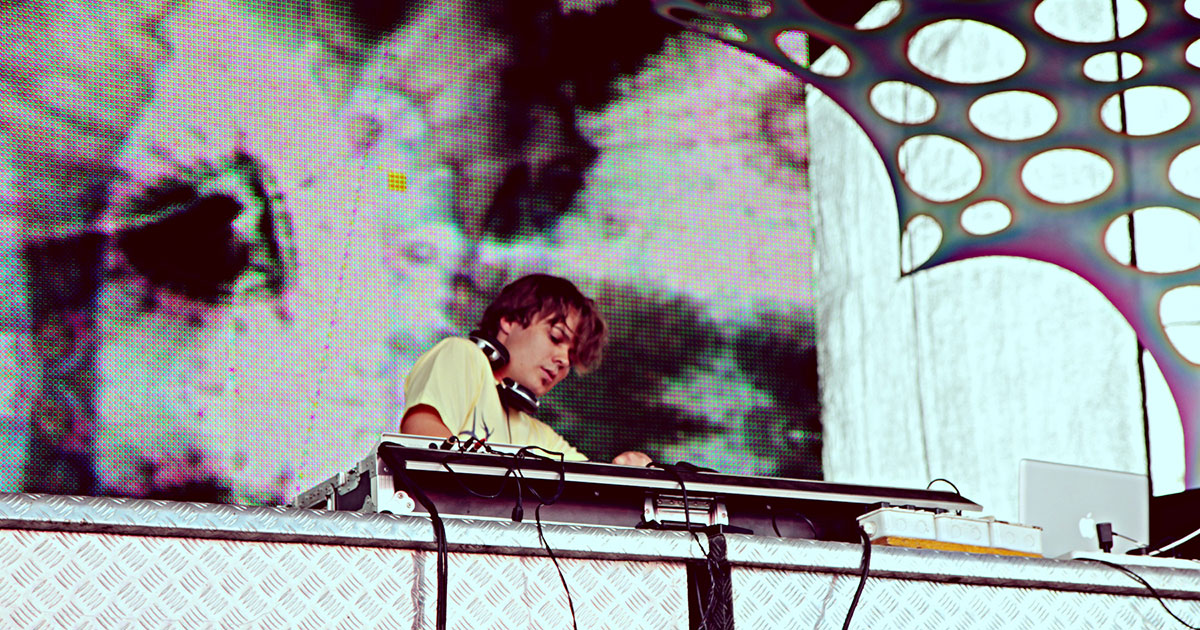 Dive into a snappy interview with James Copeland a.k.a Broken Toy a.k.a Sad Paradise.


Self-Portrait of James Copeland aka Broken Toy : Paint your soul!

What influenced you to get into your field? 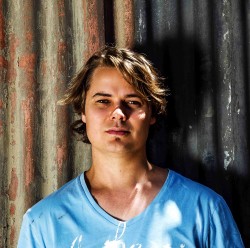 I have always been excited to explore the boundaries of what is capable with sound and I’ve found that making psychedelic trance is the music most suited to this exploration. The freedom you have within one genre of music is indeed what inspired me to go in this direction.

As an artist, what role do you think you play in society?
The role of true artists in society is becoming more and more important these days as its getting more and more difficult to survive financially unless you become involved in some kind of marketing. We already live in cities filled with billboards bombarding us with images meant to prey on our weaknesses and desires instead of beautiful thought-provoking images meant to shake us out of our sleep or inspire us to something greater. Its the same with music too – most musicians have to make jingles for TV adverts to survive. Then on the other side of the scale, as a popular musician it pays to make the most trendy music possible to get a wider audience to make it all worth while. Its really tough to remain a true artist with integrity and unique vision but its more necessary now than ever to avoid the creative sphere becoming totally homogenized. Not everybody is the same! Why does 90% of the music we hear sound the same? Its important as an artist to remind people to express themselves and be proud of being unique. It takes balls to do that rather than following the herd.

Creating on a regular basis can be a bloody tough job, so what motivates you to press yourself into the workstation every single day?
To be honest, you`re catching me at a moment when i haven’t really done much creative work in weeks , so I feel a bit embarrassed to answer! Sometimes the administration and the touring side of the job takes over and the creative side starts to suffer, so I quite happily try to go with the flow and not fight it or else it can become quite frustrating. When the flow is right , its the most fun job in the world and there isn’t much motivation needed to do it. I try and identify these moments and pounce on them. Its better than forcing yourself to be creative in the wrong moments and making bad work.

Do you get nervous before a performance?
No . Not for a very long time now. After 14 years of playing in front of crowds big and small , I`d be dead from stress by now if i still got nervous!

What quality do you admire the most in others? What quality do you like about yourself the most?
I admire people that are grounded in whatever they do no matter what it is. People who yearn for things they don’t have in their lives create all kinds of negative issues. You can have ambitious people who are still grounded and happy with who they are but are moving forward without having to fill an emptiness in themselves , and i admire that.
As for qualities of my own , I think i admire my self-belief. I can be quite focused on what i want to achieve and i seldom waver from the path I set. I think its a good way to be.

Which phase was the hardest/scariest in your life?
Leaving my home country to make it as a musician in the UK was a tough time for me. I had no safety net like you would from friends and family , and I had a few tough years there when my career was in a slump. Making ends meet was a serious challenge , but I learnt so many important life lessons from this experience it was all worth it.

Any embarrassing/funny moments? Yes, you’d hate to disclose your secrets but we’d love to hear.
From the same tough era living in London , I was hanging out with friends at the door to a well known squat-party venue called Leighbridge. I was having a bit too much fun and insisted that everybody who wanted to get in had to first “bow down to the moose” – a little toy that I had found somewhere. Most people were quite happy to do so thankfully! I ended that night passing out on the last bus home and missed my stop. I had to sleep in a bush somewhere on the edge of town , but luckily an off duty bus driver took pity on me and actually dropped me at my doorstep. Nice one!

Luca: When have you been most satisfied in your life? Care to share one of your happiest memories?
I think I`m the most satisfied that I’ve ever been in life right now. I own a beautiful house in the nature with my beautiful wife and we have a beautiful but super-naughty little 2 year old boy! Things could not be more entertaining and lovely – the slow pace of flowers growing and blooming can make one very content.

Everyone starts somewhere, what was your first job before you got into music?
I studied sound engineering and afterwards got into location sound for film and TV – Boom swinging as they call it! When i couldn’t get those jobs , I was simply a “runner” on set , which is a totally shitty job with terrible hours. Film sets run like an ego army with some serious hierarchy involved. It really sucks to be the lowest rank in that situation with a lot of self-important assholes above you thinking their dish-washing commercial is the most important thing in the universe.

Flash-forward in time. You are now really old. What would you tell your children/loved ones?
Haha! No need to fast-forward. I`m already there and most of the time I`m telling my child to stop chewing the electrical cables and try eat some real food rather. Its more healthy and works out better in the long run.

Into the time machine again. What do you miss about being a kid?
What I miss as a child I kind of get to re-experience now with having my own – The simple joy in tiny details. As we get older , its impossible for us to feel the wonder in the specific way walking barefoot on grass might tickle your feet or the way the sun might cast a rainbow through a water sprinkler. I get to see these things through his eyes again and i envy how much wonder still awaits him in this world. I also envy his boundless energy and being able to run around all day long without getting tired!

Excessive chopping dulls the axe. Time-outs are a must. What do you do when you take time off from creating? Got any hobbies? (Books? Movies? TV shows?)
I tend to the garden mostly – this is an endless chore that can be the best thing if you enjoy it. There is always something to trim, plant , tie back , feed etc. By far my favorite way to pass the time right now. Its cutting a bit too much into the music making to be honest!


How do you connect to the spiritual side of yourself?
I`m not very spiritual , but I think its important to move at a pace in life that allows you to hear your own inner voice. Too many people are trapped in moments that just spill into the next without them realizing what it is they`re really feeling. Having quiet time to reflect on what I`m doing and what i`m going through is important for me to remain at peace.

Do you have any belief/beliefs that you cannot do without?
No – I try not to be too hung up on any kind of belief system at all . Its easy for me to live like this because i`m happy with my moral code. Its debatable where that comes from to begin with , so it doesn’t necessarily work for everybody and i don’t expect other people to be the same way. I like to keep an open mind.

At the end of the ride, everyone’s looking for some form of success (tangible or not), what does success mean to you?
I used to think that success was being at the top of the rat-race, but I’ve realized now that success to me is actually surviving outside of the rat-race. Not getting caught up in the game but rather playing and winning your own game is a lot easier said than done.

We are almost done. Give us a nutshell of the life philosophy/motto/mantra that you clutch close to your heart.
“Fuck school party rule.” This phrase was written on a friend of mines` pencil case during high school and the bad grammar sums up the irony and the glory of it. If we extrapolate on it and try to give it more meaning there is plenty of fun to be had. It could mean – forget the rules and live your own way , or any kind of similar throwing-off-the-shackles-of-oppression type thing. Either way , this saying really amuses me.

UNITED KINGDOM: An important hub for the international psytrance scene 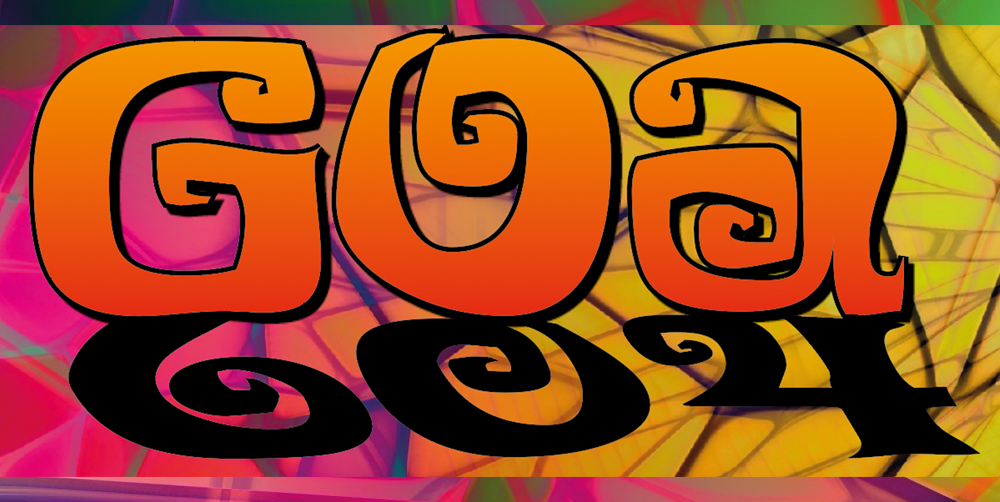 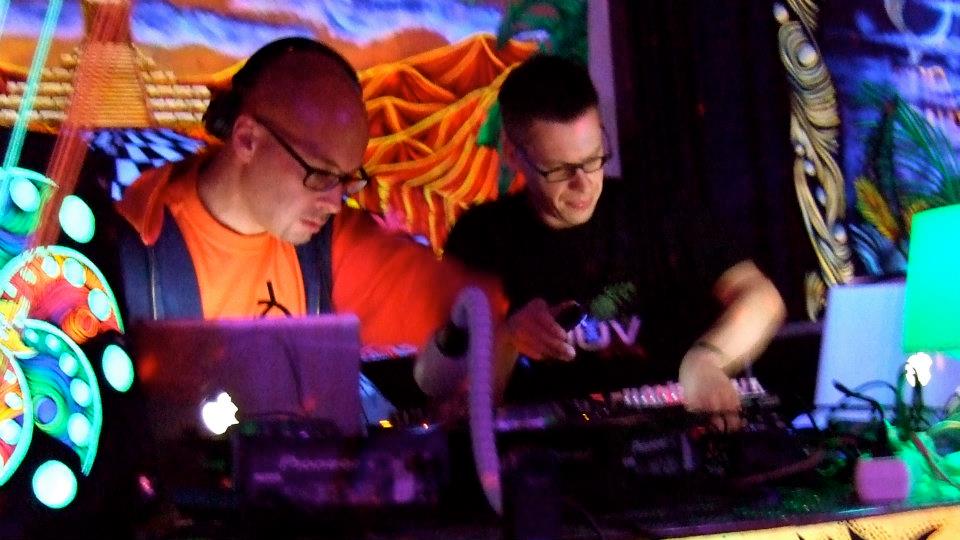