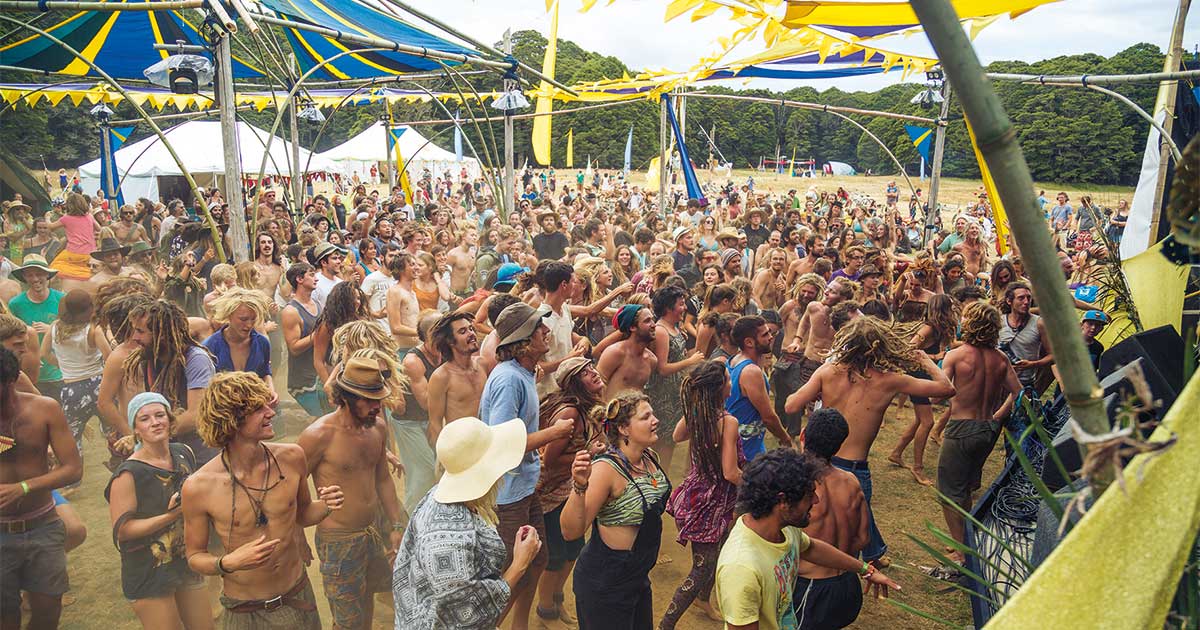 The Golden Bay – Nelson area has become a mecca for Psy parties in New Zealand, and you’re likely to find an outdoor doof happening most weekends over summer, the warmer months of (November to April) are ripe for exploring the Kiwi scene with the majority of events happening in January and February.
Lush forests, rugged mountains, spectacular glaciers and volcanoes, rolling hillsides, relaxing hot springs, miles of coastline with gorgeous sandy beaches – no wonder New Zealand is becoming so popular as a location for movies, and increasingly for Psytrance parties. Known as the “Home of Middle-Earth”, hundreds of stunning locations throughout New Zealand were used to film Lord of the Rings and The Hobbit Trilogy.

The New Zealands psytrance scene began in the early 90’s with crews such as Entrain, The Gathering and Cyberculture Records providing a wide variety of international artists and large scale productions. These events were highly successful with the Gathering attracting over 10000 people at its peak, and the country playing host to the likes of Xdream, Green Nuns of the Revolution, The Return to the Source Tour, Atmos, Phony Orphants and a slew of other international and local talent, this was the the golden era of the NZ scene, but around the early 2000’s after a series of extreme events and changes in the scene The Gathering ceased to be and Cyberculture the only psy related record store based in auckland closed shop. Luminate is currently the largest Psytrance flavoured event, set in a stunning mountain location in sunny Golden Bay during late Jan-early Feb. This environmentally conscious festival attracts several thousand travellers from around the galaxy for an 8 day immersion in alternative and psychedelic culture. Featuring in the recent Bloom documentary on global transformational festivals, Luminate appeals to a vibrant diversity of those seeking mind expanding stimulation. Circus performers, workshop presenters and a cranking tribal drum circle complete the hedonistic mix – at its location several scenes of The Hobbit were filmed! Splore in the Auckland region though not showcasing the psytrance genre has large amounts of psy components incorporated into the festival and consists of many of the original founders of the NZ Scene and offers one of the best festival experiences in the country. Many smaller bush doofs thrive by offering a broad range of electronic genres, and specialise in a homegrown, grass roots feel and a friendly vibe.

Most Psytrance parties in NZ are small by European standards, several hundred to 1000 people. In the South Island many outdoor doofs have a long history, such as Massive (Christchurch) who run events every Solstice & Equinox with genres including Psy, Tech, House. The Psy-pirates were running great little Psy-doofs for a few years such as Voyage and Primordial but have recently taken a break. Alien Nation has been running for more than 10 years, this is for the seriously hedonistic outdoor dance animals. This party dishes up Psy, Prog, glitch & dubstep and takes place around January/February in a scenic location close to Nelson, it has a faithful following of alien freaks. Recent South Island parties include; Twisted Frequency, Discombobulation and Ponies and have provided a huge boost to the South Island Scene. International artists that have played in the South Island Recently include; Whitebear, Dusty Fungus, Xenoscape, Alice Spacedoll, Waga Waga, Compliment, Wodjer Want, Joshua Tree, Biolumigen, Circuit Bent, Knobs, Gelido, Quadrapuss, Beats Antique,  Desert Dwellers, Kalya Scintilla, Terrafractyl, Artech, Ricco Mazzer, Shadow FX and many others. In the North island The Psy scene has seen a resurgence in recent years with parties being thrown about once or twice per month. The next generation of festival goer has matured and with them the scene has flourished. Groups such as Aum, Phat Productions, Ruralremix and Twisted Planet plus afew other underground crews have been offering a wide range of music genres such as; minimal, Prog, Psy, Tech, Goa, Full on, Zenonesque and have showcased such artists as; Sensient, Interpulse, Infected Mushroom, Flickerlight, Hanuman, Artech, Compliment, Spectra Sonic, Jekyll, Illume, Tribalistic Society, Tetrameth and a range of other local and international talent. There are also other events such as End of The Line, Cosmic Forest, and a number of other home grown events offering all range of music for the dedicated psy traveller You can find regular club nites and outdoor parties in the major cities and towns, pumping everything from dubstep to techno all year round. Aum and Phat productions in Auckland for Psy and Prog, and Organic Robot in Christchurch for minimal tech/house are worth checking out.New Zealand’s Maori culture has inspired many in the art of poi spinning, which rave culture has embraced. Home of Poi has a great selection of all things spinning and twirling. Circulation Festival in November offers total immersion in spinning & juggling workshops. Jugglers Rest in Picton is a cool backpackers to stay at whilst travelling between the north and south islands, welcoming party freaks and jugglers alike. Wharariki beach campsite is a good base to explore Golden Bay, a focal point of alternative living and creative folk.


A good place to track down party info, herbal highs and smokers’ supplies is at any of the Cosmic stores in the major cities, or The Hempstore in Auckland.

Slowburning Studios
More labels:
There are not many labels that produce psytrance music in New Zealand
though of mention is Discombobulation Records, Delicious Music and Cosmic Conspiracy Records

One at Peace, Psymatic Creations, Morphogenic Konstruction,
plus other individuals with amazing creations.

Progressive and Full on

When parties are starting? When they are closing or have to close?

November to April is the party season, events will usually open the gates around dusk and you can expect the party to go through till luchtime, bigger events go on for days. Recent liquor laws have meant alot of clubs close at 3:00AM
but proper club events will still go through till dawn and this does not effect the outdoor party scene.

Are there clubs that open in the morning, is it easy to find one, do peoples have open private afterhours…?

There is not much of an after party culture, your more likely to find a group of people chilling out somewhere idyllic or at a house listening to tunes and relaxing, beach missions and forest walks are a big thing as well as going to spots with great view or a crystal clear river

Are there traffic controls after parties / festivals, which kind of tests are used?

There has been recent changes to the law which now enable the police to do random drug tests, though not regular it is something to consider. At parties the police are usually not present or show a limited presence. Respect the officers and they will treat you well. The are alcohol checks on main roads and motorway onramps, these usually occur on holiday weekends, or early in the morning though are also random.

There are not many psy related stores in new zealand but you can find party information at most record shops or on backpacker notice boards. The links below are your best bet for finding information about outdoor parties or joining one of the facebook groups. cosmiccorner.co.nz hempstore.co.nz homeofpoi.com

Most people usually try to see Cape Reinga, Auckland, Paihia, Raglan, Rotorua, Taupo, Wellington, Golden Bay, Abel Tasman, Fox Glacier, Wanaka, Queenstown, Milford Sound and Christchurch. Though if your willing to get of the tourist trail there are magical beachs, forests and mountain throughout the country.

There are also a huge number of other options for backpackers, camping grounds, and budget accommodation for the dedicated traveler. Some recommendations below www.whararikibeachholidaypark.co.nz camping ground in golden bay www.jugglersrest.com relaxed friendly backpackers in picton www.goatislandcamping.co.nz camping ground at a marine reserves www.couchsurfing.com best online place to find temp accomodation www.wwoof.co.nz/ working on organic farms

New Zealand has a great range or organic and mainstream cafes and restaurants, from the side streets of the cities to small organics cafes in the country side. You can find anything from middle eastern, south american, asian, pacific, south african and other ethnic foods in most of the major cities. At the festivals you can expect a range or organic and wholesome options from wood fired pizza and frozen yoghurt icecreams, to wontons and french crepes. Its also recommended that you try a Maori hangi or boil up while your here, you could even try your hand at fishing or go to one of the fish markets. There is also a range of asian supermarkets and country markets where you will find some of the cheapest and best foods in the country and thats not to mention the fantastic array of meats on offer in most local butchers and supermarkets.

Phat Productions
Phat Productions is a leading producer of high end live events and media, incorporating the best in audio and visual technology to deliver the most profound electronic music experience available. We seek to continue to develop these experiences, as well as to rapidly grow our community of followers by providing engaging content, social connectivity and fantastic events to enable the new generational movement of humanity.

Something curious from New Zealand: 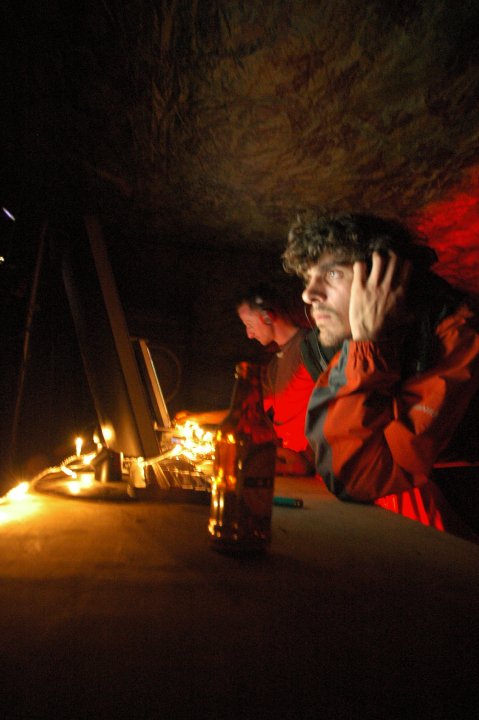 His/Her role in the Psytrance community:

In the scene since the mid 90’s I got the psy bug at open air parties in Golden Bay and at a warehouse on Normandy rd in Auckland. Ruralremix began as a small group of friends doing small parties and mixing music and has grown into one of the leading organizers of underground psytrance events in the Auckland region. 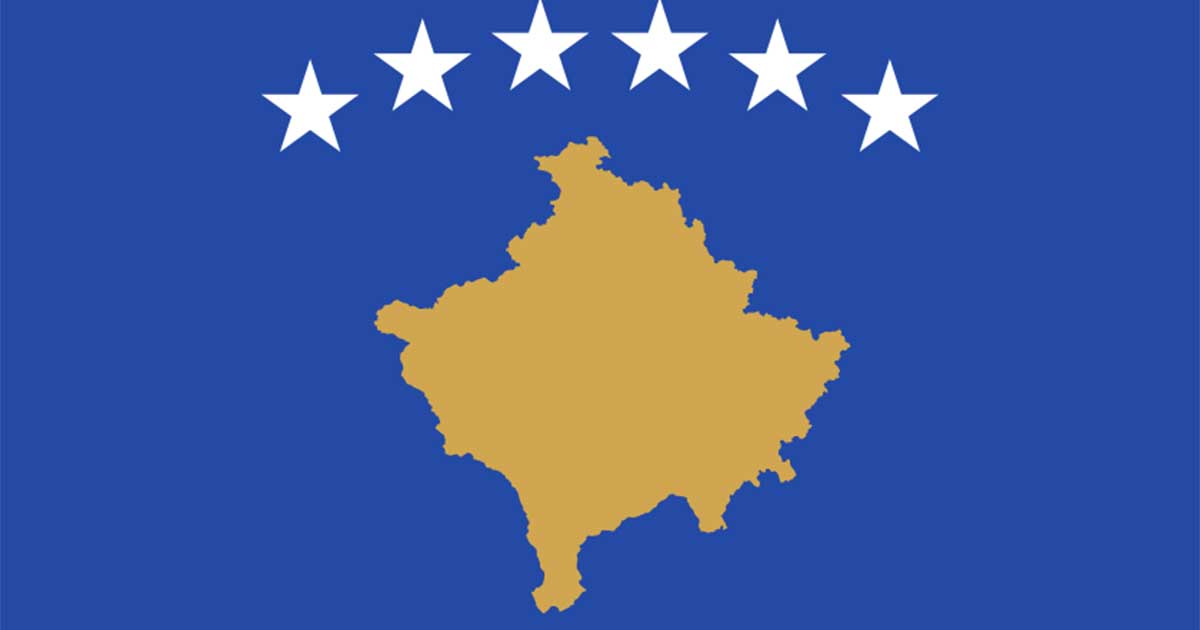 The ancient psytrance culture of Kosovo 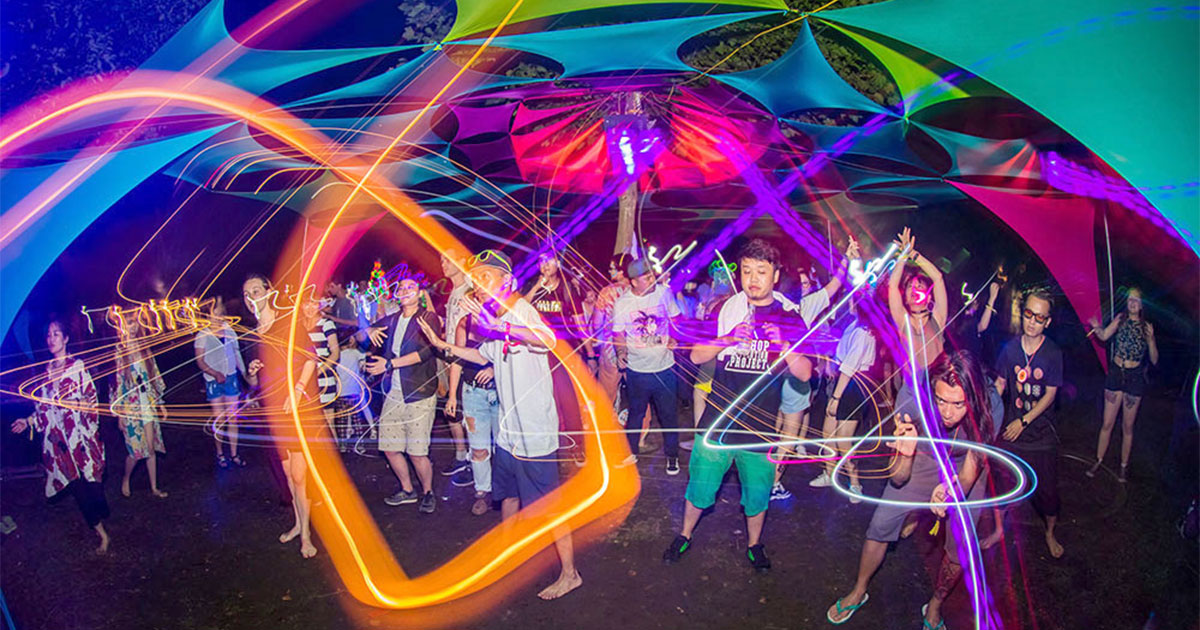 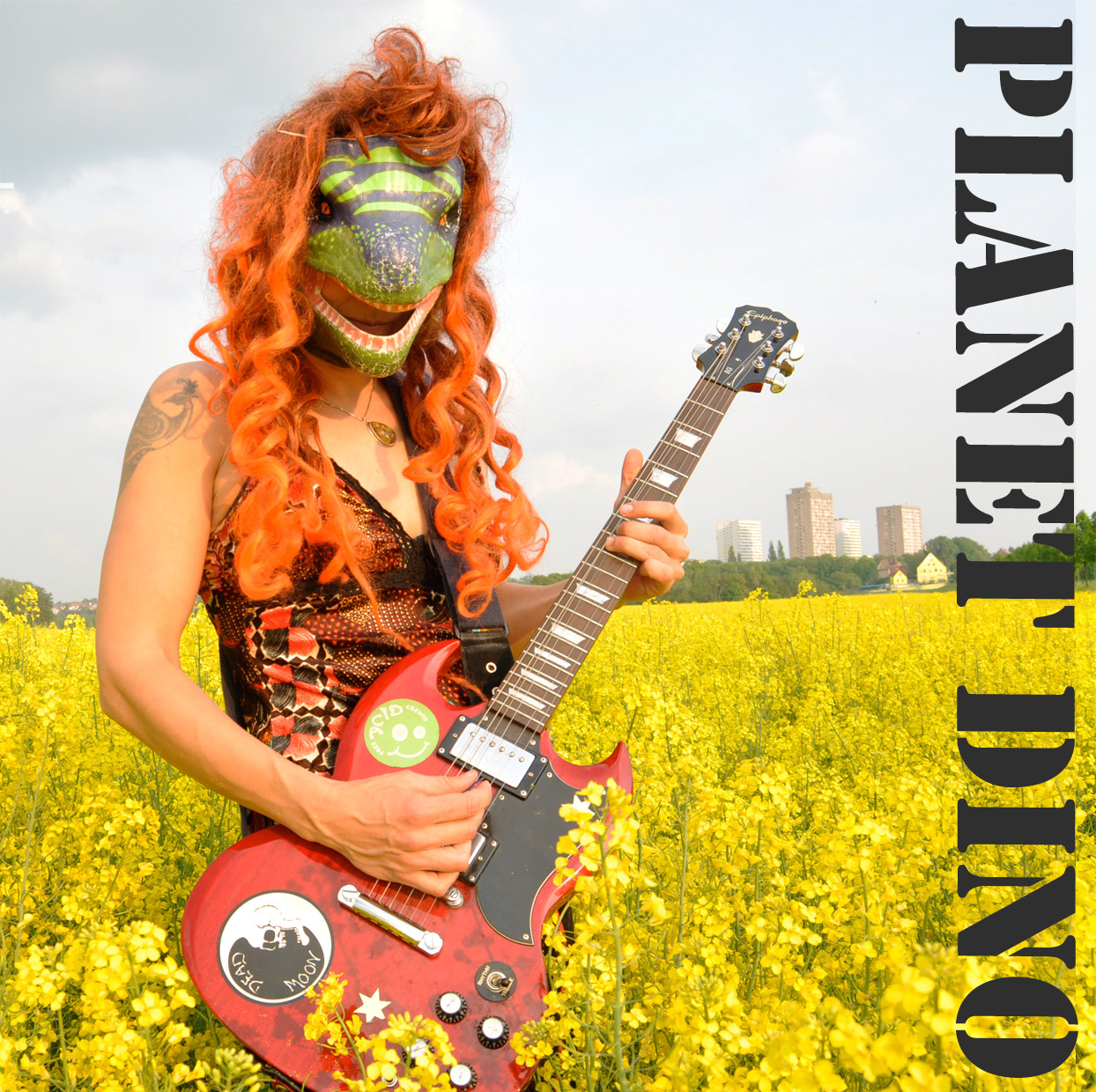