EDM versus Psytrance – Music between money and culture 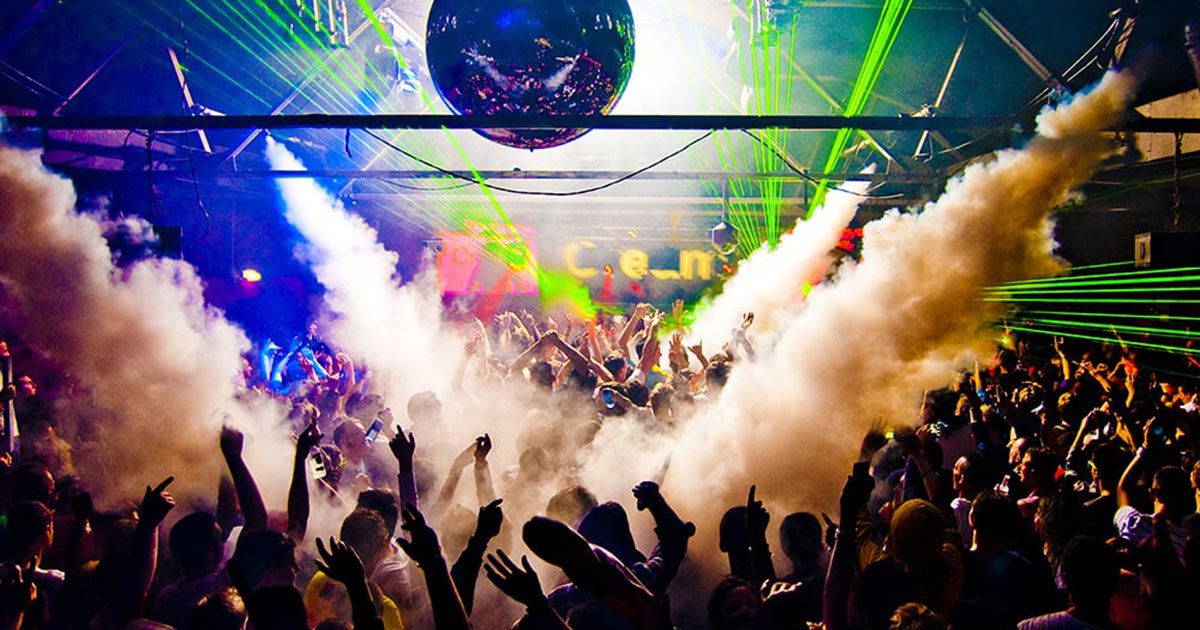 This article has been published in mushroom magazine April 2017 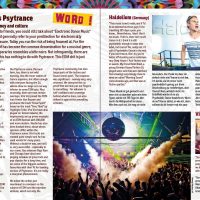 Ten years ago, talking to friends, you could still talk about “Electronic Dance Music” quite unashamedly, and generally refer to your predilection for electronically generated dancing pleasure. Today you run the risk of being frowned at. For the letter combination EDM has become the common denomination for a musical genre, which to some contemporaries resembles a bête noire. Not infrequently, there are statements such as: “This has nothing to do with Psytrance. This EDM shit is just commercial and sucks!”

From a music history’s perspective EDM could be classified in the tradition of Eurotrance – a term also provoking extreme reactions. Both genres have in common that they work with short, catchy melodies and rhythmic figures superficially arranged. In addition very typical stylistic means are many and frequent breaks, which then develop to the bassline’s drop again as well as the use of vocals. It’s here we come upon the reason EDM is viewed with suspicion by some of our contemporaries: the music is considered to be unimpressive, it is easy to predict, and is aimed at mass efficiency and easy accessibility, similar to pop or other folk music. In this context, the keyword “commercial” is often applied. Events associated with EDM focus on size and show effects, DJs like Steve Aoki, Avicii or David Guetta forming hearts with their hands get transferred to the large screens including camera arms and drones in real-time, the classic popstar person cult rendered with all possibilities of modern entertainment technology.

However, in having described EDM festivals, at the latest it should be apparent, there are parallels to the Psytrance scene. Because here, too, there is not wild dancing, into the inner realms of trance anymore, but often enough with everyone facing the DJ, whose show on stage is in no way inferior to some EDM acts. Also musically, there are now certain overlaps. Vini Vici joined the EDM icon Armin Van Buuren and produced the track “Great Spirit” based on the track “Free Tibet” by Highlight Tribe. Vini Vici have also played on Tomorrowland, the impressively set up prime example of an EDM festival with 180,000 and more visitors. Neelix has also been booked there, about whom opinions differ within the Psytrance scene. His tracks are created quite simple and he has used vocals for many years. Without a doubt he was, and still is, very successful – especially in our scene. Goa veterans Raja Ram and Chicago have also been playing remakes of great rock and pop classics for a long time, and are some of the biggest audience favourites with their fit for bawling version of Psytrance. It’s not really a marginal phenomenon.

Artists about EDM and Psytrance

We asked the artists just mentioned to comment on the subject of EDM and the rejection attitude, which not only the Psytrance community, but also large parts of the techno and house scene sport. The response was significant – namely very, very reserved. We interpret this as proof that we have put our fingers to something – for whoever is self-confident and sovereign behind what he does, can also defend it against the prevailing criticism. 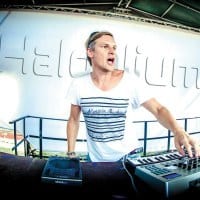 “That music is well made, and if I’d be as talented as those guys I’d be travelling 365 days a year, you know… Nevertheless, I don’t like it too much. Point is, there isn’t much trance in it. I think it is still psychedelic enough to wear that label, but trance? No, really not. I’d call it Psychedelic Dance in the end. If you love trance, like I do, you’re better off checking some contemporary Deep House / Acid Techno acts or events. My friend Mokt Blied, a young German House/Techno DJ, played some sets that were (without him knowing) surprisingly close to what we called “Morning Sound” some decades ago, and that was at Techno parties.”
Visit Haldolium on Facebook 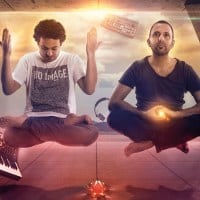 “Sorry but we don’t look for provocative advertising, we are people of peace and acceptance and we don’t give attention to negativity with no reason.”
Visit Vini Vici on Facebook 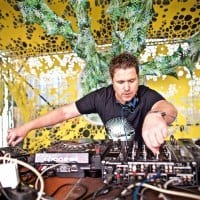 I often feel, that in terms of tolerance, the Goa scene is more dogmatic than every church. There is a Goa group on Facebook, where the admins always speak about „family“. But we find the biggest social pressure in families. They embody certain values. And if someone steps out of line, he or she might be easily excluded.
About Remakes: Recycling existing resources is a fundamental part of music history. Sampling is an essential part of electronic music. The crucial difference is between just producing a poor copy or presenting an already existing element in a new piece of art, that contains added value or gives a new perspective. For me, every remix is useless, that doesn’t tickle any new aspect out of the original version. But as far as I know, there are no rules cast in stone.
Luckily, most young people are more tolerant than the people asking these questions. Most young people don’t even know the codes of the sealed off scenes. They don’t think in terms of what music is allowed to do or not to do. I think, that’s exiting!Music is a way to express liberty. Society puts up so many rules, that people are meant to follow all their lives. Music offers a chance to break rules. Why shouldn’t we take that chance?
And that psytrance is getting more commercial? Unfortunately 20 years too late! But every commercial trend causes an underground countermovement. For me, it is just important not to deny myself while producing music. I like every music, that is made with love.
Visit Klopfgeister on Facebook 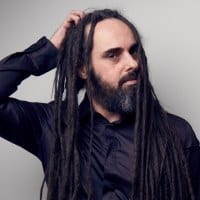 I think you put your finger on it with your question: as well as all the people and events whose ears are definitely in the right place, all the things that psytrance people criticise EDM for are present in the psy scene as well, and many have been there since the beginning. That’s the entertainment industry for you; we can try and pretend it doesn’t exist but psytrance has just as much of a dark underbelly as EDM does, often hidden by that veneer of ‘super spirituality’ which people in other scenes rightly take the piss out of psy for. […] As for EDM’s influence on psy, cross-fertilisation is so often a good thing for creativity, and I think it’s inevitable as some artists and promoters continue to draw inspiration from EDM in order to make music and events that will give them access to larger audiences. To my ears this sometimes means sacrificing the ‘trance’ element (vital IMO) of ‘psychedelic trance’ in favour of choppy arrangements and production trickery, but there’s still creative stuff going on and as someone involved in a few different genres it’s mainly creativity which matters to me, personally. And there’s no denying it works very well on some dancefloors! Some of it I like, some I don’t, and fitting into the standard pigeon-holes is less interesting to me than having fun in the studio.
Visit Colin on Facebook 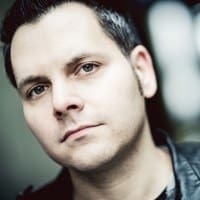 „The negative attitude shown by the community is perfectly understandable, as psytrance at its core always was an underground movement, and even though its grown a lot, it still is underground compared to other genres. So any mainstream influence will always be rejected by a big chunk of the scene. However these remakes are nothing new, acts like GMS have been doing some since the early 2000’s and I don’t remember people complaining back then….now that psytrance is on a bigger scale, more voices and opinions are heard. Personally, while I played one or two of these covers in the past, i dont anymore…But if i would, i’d pick the right time and place for them, aka more commercial events or raves rather than in the more underground parties and festivals.“
Visit Ace Ventura / Yoni Oshrat on Facebook 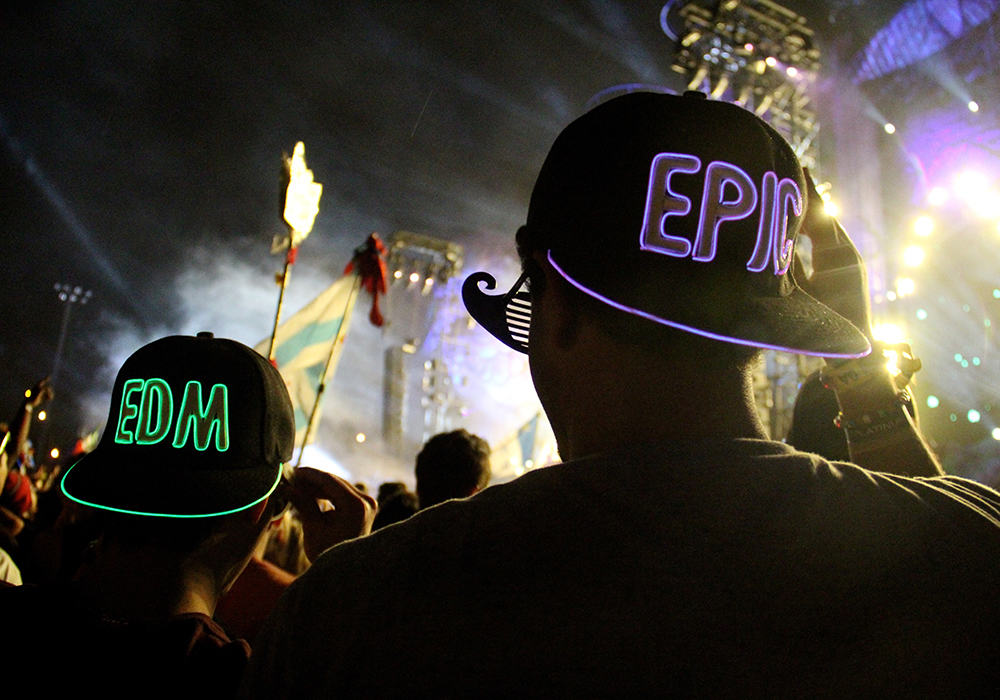 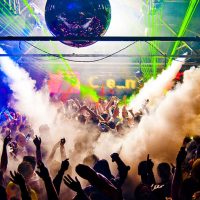 EDM versus Psytrance – Music between money and culture

Since EDM Star Armin van Buuren has teamed up with Vini Vici a discussion has started about EDM and Psytrance. 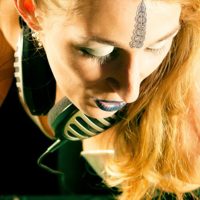 “The only reason why promoters book female DJs is that the guys have something to look at.” – What is the opinion of the DJs in the psytrance scene? 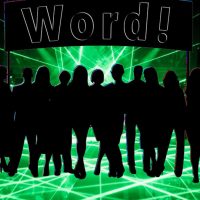 How could you stand the Psytrance Scene?WORD!

It ain’t easy to survive in the psytrance szene, next to all the dreadful organization structures, the unreliability, high expectations and low appreciation…

Live Acts – do we really need them? WORD!

Do we really need live acts that don‘t perform anything live other than pressing a play button and occasionally touching the EQ knobs…? 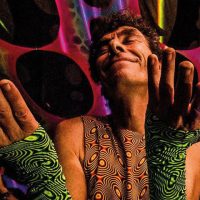 In which direction will Psytrance evolve?

Artists from the psytrance scene tell us what the think: In which direction will our scene evolve?