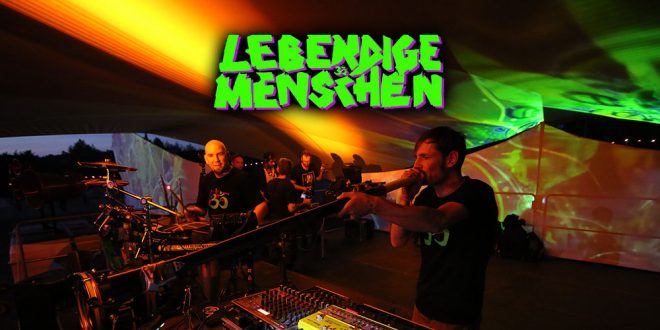 
Hardware only with Drums & Didgeridoo.
No Laptop. No Playback. Always LIVE.

Marco with his didgeridoo on the analog and digital hardware and the drummer Lars are “Lebendige Menschen”, a Goa live band.

Music has always had a very high value in their life. Lars has been playing drums for almost 30 years and Marco is a DJ already since teen age. At the end of the 90s he bought his first groovebox. Since then more and more analog and digital machines, synthesizers and samplers have been added. 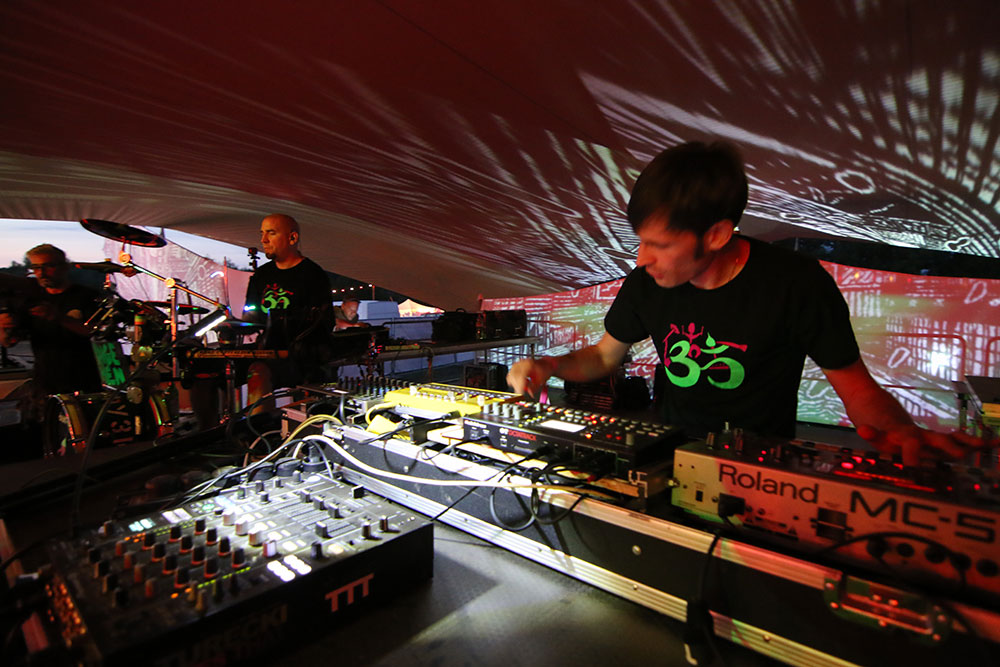 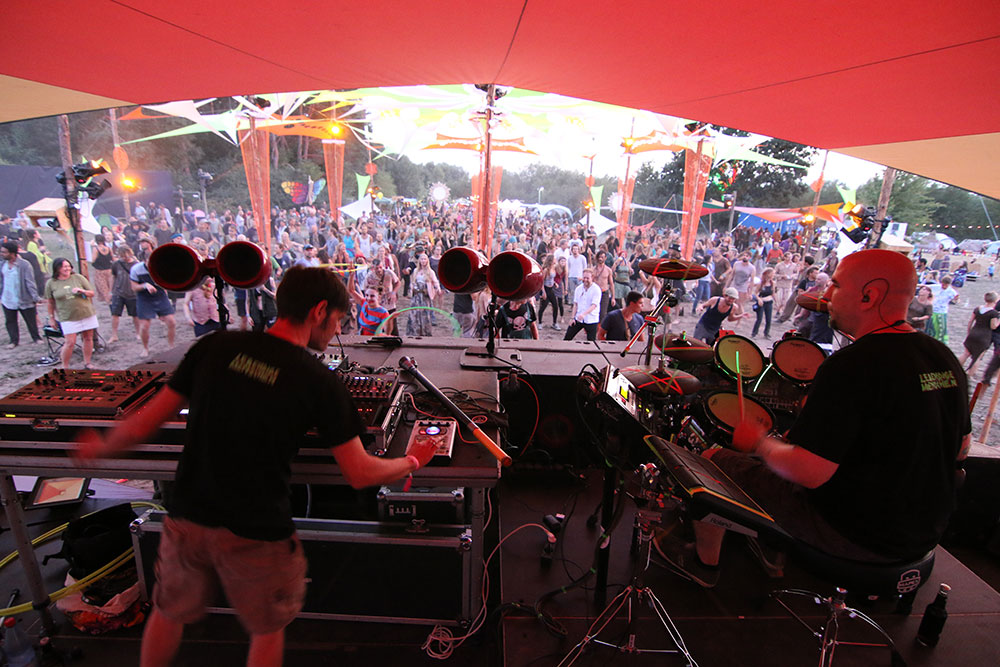 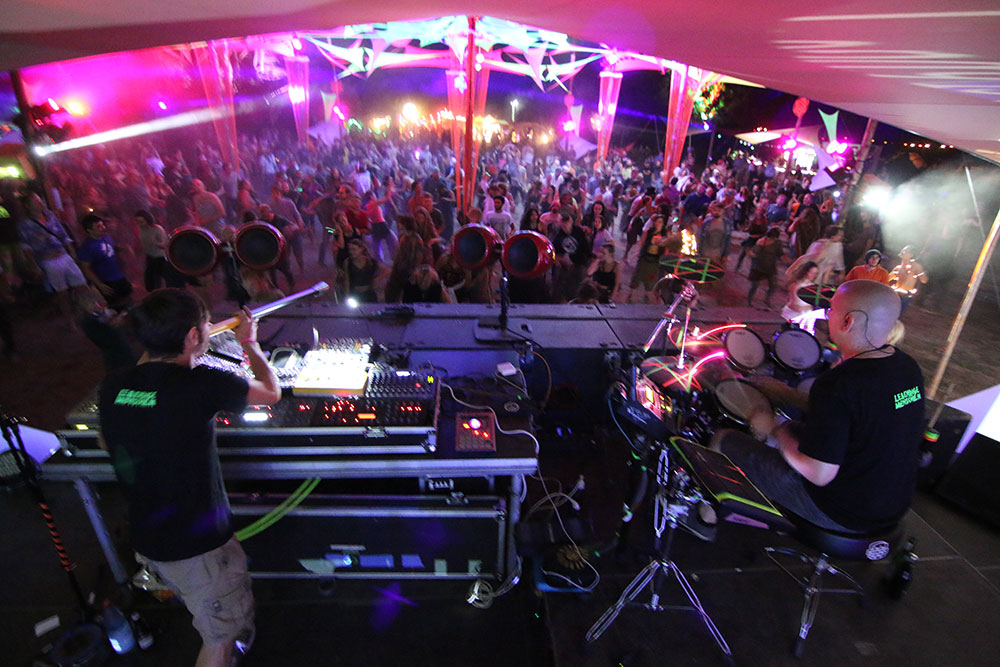 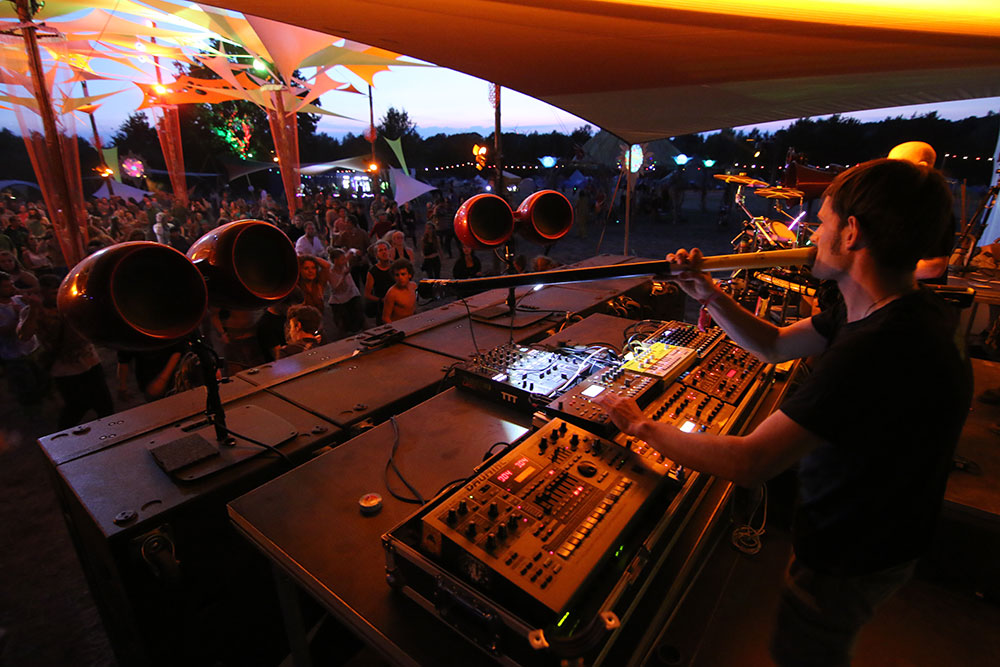 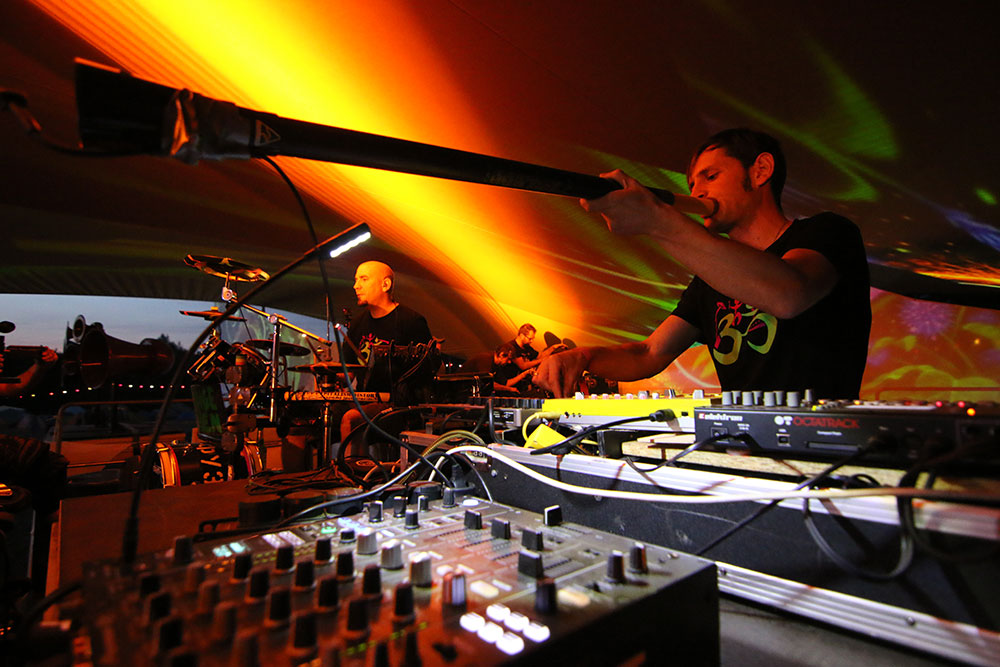 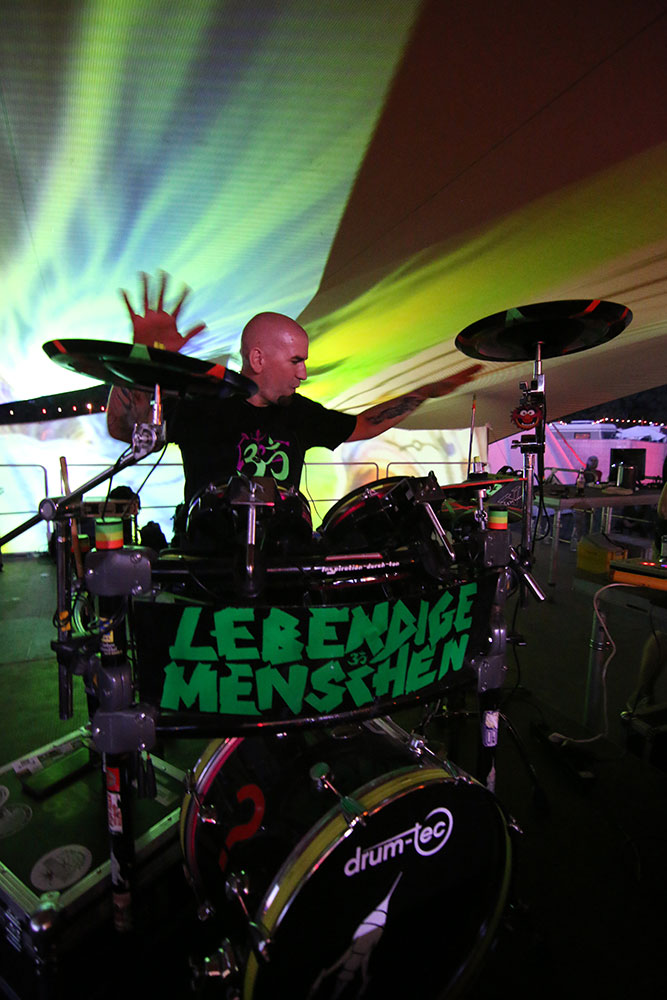 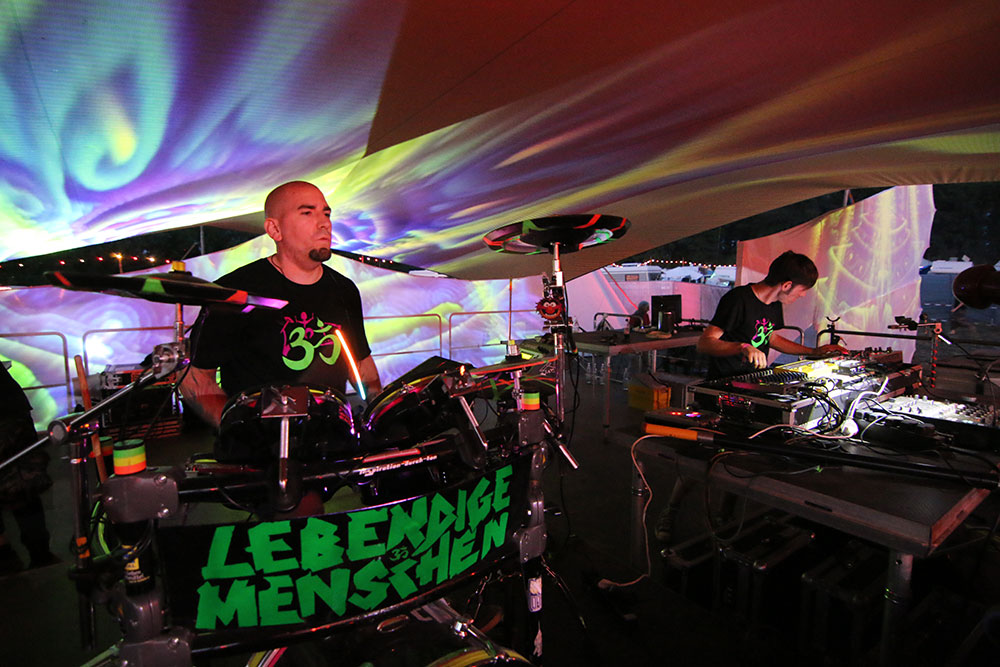 The two have been friends for over 20 years and have always been creating and listening to music together and of course celebrating together. The mushroom magazine was something like a ‘bible’ for us back then. Everything important about events and sounds was published in it or just word-of-mouth. In 1996/97 they visited the first Goa parties and the music, the people, the decoration, the feeling and the spirit fascinated them. This is exactly what they love and live for. They want to keep this feeling in their music and transport it further. But “Lebendige Menschen” do not call their sound oldschool, because they also produce with new technologies. Thus they develop themselves and their sound constantly, but always with their roots in the 90s.

In 2007 Marco and Lars got together with friends and founded DRUMINC, electronic world music with percussion and didgeridoo. Since 2011 they are called “Lebendige Menschen” and play exclusively Psytrance.

Music is their great passion. This is the most important thing they say, because you have to love and live this project (and also be a little bit crazy) to carry so much equipment on stage. Meanwhile “Lebendige Menschen” have played more than 100 live gigs, are at home on the huge stages of the big festivals, but also like small clubs with a familiar atmosphere. With the hoop dancer Jamira Tii they have an additional show highlight on board, which underlines the live performance visually perfect. 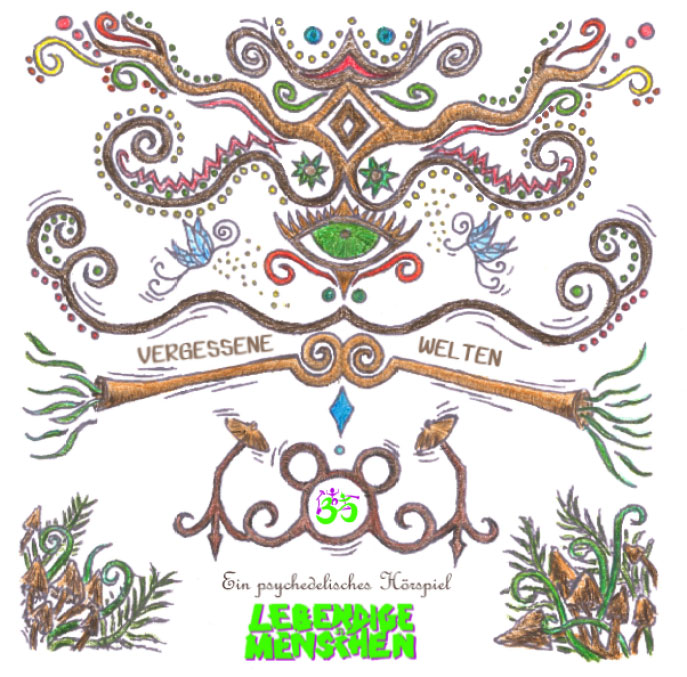 The special thing about this album is that with its driving beats, fat baselines and acid elements it is on the one hand danceable Psytrance, but thanks to dreamy and spiritual speech samples it is also great for listening and switching off. Of course, they recorded everything live (and mostly completely in one piece) and then had it mastered according to their specifications. Jamira Tii painted the cover herself and then the album debuted on her own label “Inspiration through sound”.
It was important that it is 100% authentic! So everything was done under their own directory to make it as lively as possible.

People need more Psychedelic trance again and that’s why some of the 9 tracks extend over 8-13 minutes.
Back to the roots and keep the spirit!

Have a good night tonight✌